There is no beta iOS release without releasing a new beta of iTunes. To support the just released iOS 5 beta 7 version Apple also seeded iTunes 10.5 beta 7 to developers. 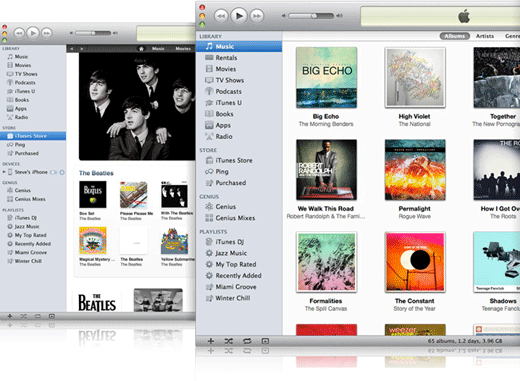 iTunes 10.5 beta 7 allows you to install iOS 5 beta 7 on iPhone, iPad and iPod Touch and later lets you synchronize your device. It can be downloaded from Apple’s iOS Developer site. But only those members can download it who have already purchased the membership of iOS Developer Program which costs $99 per year.

Apart from usual iOS 5 support it seems there is no new feature introduced in iTunes beta 7 release. The public and final build of iTunes 10.5 will be released this fall along with iOS 5 and most probably with iPhone 5 or iPhone 4S.

For all those users who are not registered members of iOS Dev Program but they got registered the UDID of their idevices, we will post here the direct download link of iTunes 10.5 beta 7 hosted on some third party hosting site. Stay tuned to this site for more updates.

Thanks for iphoneism for links.

Update: Now the updated, improved and new version is out, so these links are not important. We may delete these links any time. Please search for latest version of iTunes or get it from Apple’s official website.