New beta versions of iOS 5 and iTunes 10.5, that are iOS 5 beta 6 and iTunes 10.5 beta 6, were seeded to developers yesterday. These new releases can be downloaded after logging in iPhone Developer Account provided you have already purchased a membership from Apple which costs $99 per year. However, if you don’t have legal account or the UDID of your devices is registered with Apple by any of your friend who has got developer account and you want to sync your device with iTunes after you have updated it to iOS 5 beta 6, you can get the download links at the bottom of this post.

iOS 5 beta 6 can also be installed over the air (OTA) if your device is running on iOS 5 beta 4 or later beta release. Apple recommends all users to backup their devices before going for update. 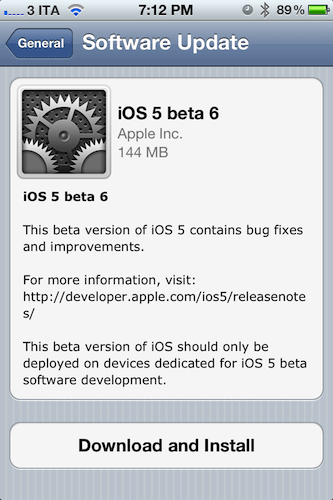 After you have upgraded your devices to iOS 5 beta 6, install the just released iTunes 10.5 beta 6 and sync your device. 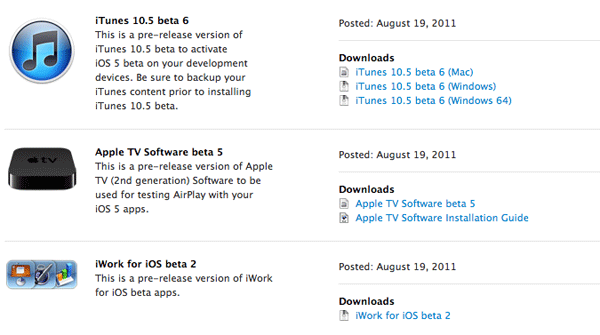 Note: As the final versions for iOS 5 and iTunes 10.5 are now available, so we have removed all links to beta releases.