Today Apple released a new update for Mac OS X Snow Leopard, denoted by Mac OS X 10.6.8. This version seems to be a must have update for your machines to install Mac OS X Lion which is coming next month.

Mac OS X Lion is the next major version for Mac computers which will not be released on DVDs and will only be available through Mac App Store. Once available, you will be able to download and install it directly from the store just like any other app, but it will require, most probably, today’s update to install. 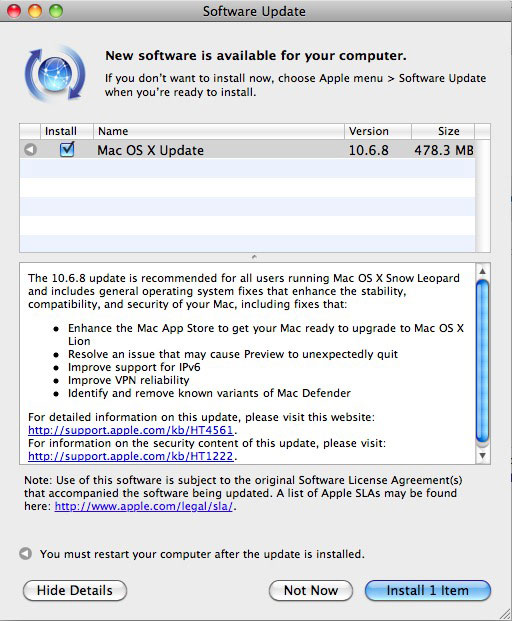 Most importantly, as we said earlier, this update prepares Mac App Store and your machine for the upcoming Lion release. As Lion’s release is very close, so it seems this one is the last update from Apple Headquarter for current Snow Leopard.

OS X 10.6.8 is available free for download and install on your existing Mac OS X 10.6.x version. It is available through Software Update and alternatively you can also download it from Apple Support Page.