The team has also released a new version of Pangu for iOS 9.3.3.

Update: Here is a good news. Pangu’s latest version supports the jailbreaking of iOS 9.3.3. If you have got an iPhone, iPad or iPod which is still running on an old iOS firmware, you should upgrade it as soon as possible and jailbreak it before Apple releases any new version and fixes the bugs in iOS 9.3.3.

However, in iOS8, you won’t need to set the specific date. It is yet not clear whether the team used any new exploits or changed the way Pangu works while using any previous exploits.

The current version of Pangu can jailbreak the following devices. 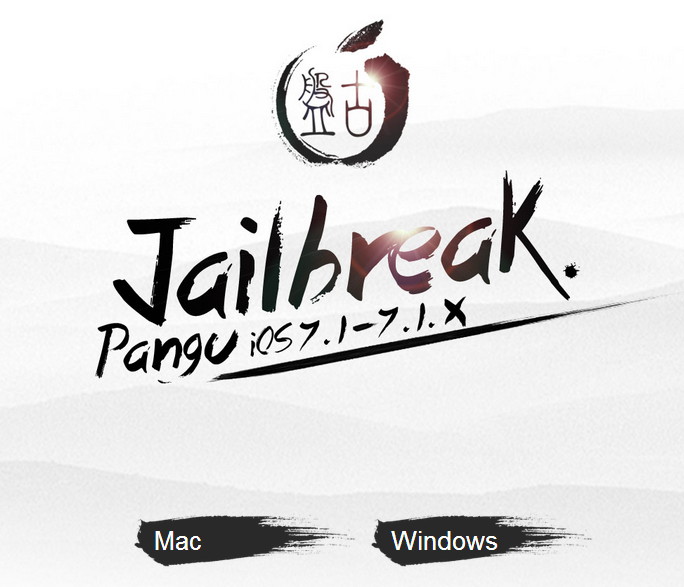 As the software is written in Chinese language, so it is little difficult to handle. (Update: It is now also available in the English language). But as we mentioned above, its working steps are same as of evasion. If you have used evasi0n before, you won’t see any difficulty in handling it.

Important Note: Save a backup of your device on PC by using iTunes before you start this process.

For the ease of visitors, we have shifted all the step by step jailbreak instruction for Pangu to a new post and have dedicated this page to download links only.

This tool is very easy to use. Simply download the latest version from below mentioned link and run it. Follow the onscreen instructions and you’ll get your device jailbroken within few minutes.

Now, this tool is also available in the English. If you still want to read the tutorial, we have written a complete step by step method to jailbreak the latest iOS version on compatible iDevices including the recently announced iPhone 6, iPhone 6 plus and iPad Air models.

Though the whole jailbreak process is very simple but you may face few problems during the process. Here are the possible problems and their solutions.

Problem 1) The device screen goes black and no button is working.

This problem may occur if you have a lot of apps already installed on iPhone. The jailbreak takes a lot of time to reconfigure all the apps. If the screen doesn’t come back after 3-5 minutes, keep pressed the power and home button to restart your device.

If you see low storage memory, it is because you have installed a lot of apps. There should be more than 6GB free memory to be on safe side. The best option is to run Pangu after fresh iOS install and after that restore the backup.

Problem 3) After the jailbreak my all apps have disappeared.

Simply restart the device and all apps will reappear on your screen.

Problem 4) I am facing bootloop issue whenever I restart my iPhone.

There is a bug in the Pangu which causes bootloop issue on some iPhone devices. If you are also getting this issue, make it sure the light sensor is not covered or your device is not in the dark. Alternatively, you can point a flashlight above the light sensor and you won’t stuck into bootloop.

At this moment some Cydia apps and tweaks may not work for your iOS 8.1 jailbreak because those tweaks may need an update to support the new version.

Many of above mentioned problems are solved in the latest release of Pangu. So if you are facing any problem, first try the latest Pangu release and then ask for help in the comments section.

Download The Latest version of Pangu for iOS 8.1 – iOS8:

This tools is yet not released for Mac users. Only Windows version is available for download right now. The team is working to release it for other platforms, and we will update the links and required information once is release is public.

We have got a new version of Pangu for iOS 9 – iOS 9.1 firmware running on the latest iPhone 6S plus / iPhone 6 Plus, iPad and iPod Touch models. This version uses a special kernel bug to exploit the iOS 9.1.

As usual, Find the jailbreak instructions for iOS 9.3.3 jailbreak using the latest version of Pangu in our separate post. The direct download links are written below.

It is important to know that the current release is only in the Chinese language, which is only for Windows users. There is no release for Mac users. An independent developer, however, used a strange safari trick to install Panu on any iOS device without requiring a Mac or PC.

Step by step guide to use Pangu (English version) on Mac, Linux, or Windows is here.

If you face any problem while running Pangu, please share with us using the comments sections below.