Few hours ago Apple released a minor update of iTunes 10.6.1 for both Mac OS X and Windows users. According to the update notes iTunes 10.6.1 doesn’t include any new feature but it contains several bug fixes. 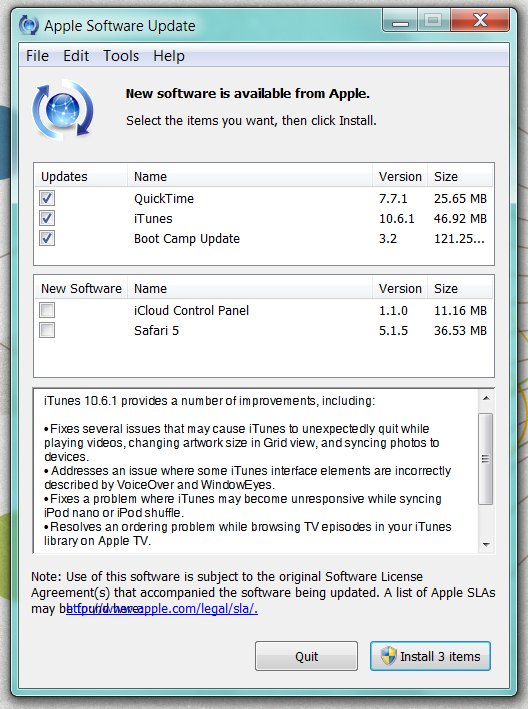 iTunes 10.6.1 provides a number of improvements, including: