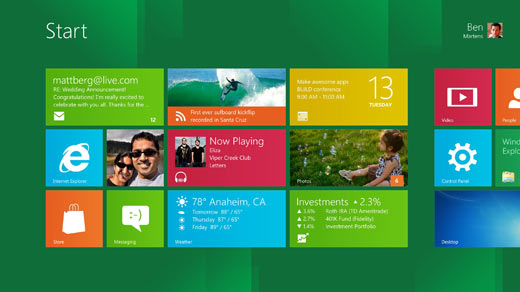 At the conference Windows 8 developer preview copy was made available to all the participants, but all those who weren’t present at the BUILD conference will have to wait few more hours until Microsoft uploads this build on their server.

You probably want to try out the preview release—and you can. Starting later tonight you can download the Windows 8 Developer Preview. This includes a 64-bit (x64) build with development tools to build apps and a 32-bit (x86) or 64-bit (x64) build without development tools. The releases also include a suite of sample applications (please note these are merely illustrations of potential apps, not apps that we intend to ship with Windows 8). The ISOs are linked to from http://dev.windows.com.

Update: It is available free for download and it won’t require any activation. It is to be noted, however, that it will not install on existing Windows 7. It requires a clean installation. [via Building Windows 8]