MobileWhat is a new app that enables FaceTime in those countries that are not supported natively esp in Middle East. When iPhone 4 was launched in these countries, Apple decided to drop the FaceTime facility due to some controversial reasons.

MobileWhat app is available to download from Cydia store free of cost but your iPhone must be jailbreaked to access Cydia on the phone. In case it is not already jailbrreaked, you can use either Greenpoison or Limera1n to jailbreak it if you don’t rely on unlock. 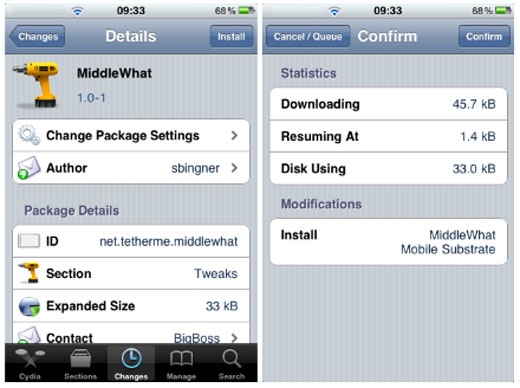 It is to be noted that MobileWhat removes the FaceTime restrictions applied by Apple only. The app won’t help you if your carrier doesn’t support FaceTime.