Here is another update evasi0n v1.2 to fix more issues and bugs on iPhone, iPad and iPod Touch devices.

It will fix the timezone issue which some users were facing after jailbreaking their devices with the previous versions.

There is one more feature added to this newer version. It prevents accidental upgrade to any new iOS firmware through Over-the-Air Updater.

If you are following the updates, you know that Apple has already released iOS 6.1.1 beta for developers. New firmware might be released any time for general public. So the new feature in evasi0n 1.2 will disable OTA update at all. 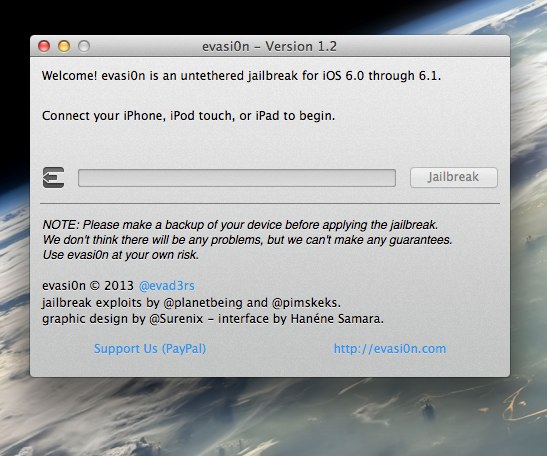 Here is the complete changelog for all three versions released so far by evad3rs group.

The Cydia package has also been updated to includes these new features. 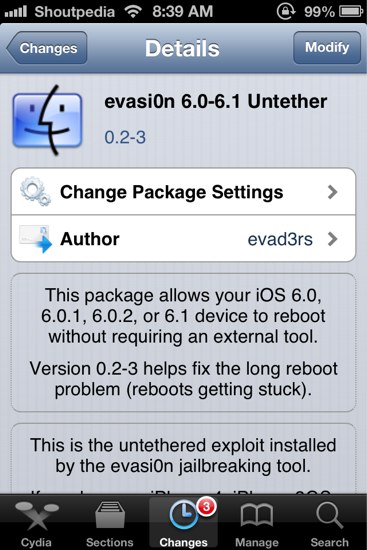 The complete step by step jailbreak method is same as we have covered in details.