It seems as if the arrival of Google Plus on the social media landscape has put Facebook into overdrive, which is good news for us users because healthy competition spurns a lot of innovation. Facebook today has launched a separate messenger app for the Apple iPhone and Android platform. Conveniently titled as Facebook Messenger, it is yet another entrant in the increasingly saturated playground of messaging applications such as BBM, Google plus Huddles and Apple’s forthcoming iMessage. 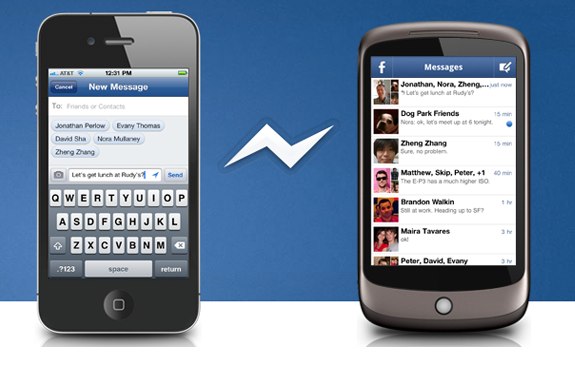 Now if you use the full Facebook application on your iPhones or iPads, you would agree that it does feel rigid and chatting and sending messages leaves much to be desired for. Facebook messenger aims to provide a more fast and fluid option to connect with your friends. Just use your Facebook account data and log in the way you would normally log into your Facebook profile to start sending messages. Because it is linked with your Facebook profile, you would find all your previous messages and chat history to be archived in the application. Facebook said:

The app, available today for the iPhone and Android devices, provides one-click access to messages, which are delivered through notifications and texts, so your friends are more likely to get them right away. Messenger can access all friends, whether they’re on Facebook or in phone contacts, just by typing a name.

Popular group messaging App by the name of Beluga was acquired by Facebook some time back. The new messenger is heavily inspired by the best features of Beluga and the familiarity of messaging on Facebook. Although Beluga is still available to use, it would eventually be sidelined in the favor of this new Facebook application. 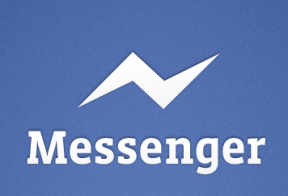 Facebook has kept the whole interface clean and simple, which basically shows their intention to allow the people to connect with their loved ones at a single tap of the screen, as opposed to the traditional way of logging in the long way around. One of the key features of the app is that it can also pull contacts from your phone’s phonebook and not just your friend’s lists. Users have the option to send photos and add location to their messages. Users can also send messages via SMS.

It is very likely that this functionality of the messenger app would be integrated it the official Facebook application sometime down the road, but for the time being it does have potential to give users a fast and easy way to send messages and connect with the world. I guess a showdown is imminent between BBM, iMessage and Facebook messenger. Let’s see who walks away crowned the champion!