Facebook, as you may already know, is the biggest social network in the world. Well, why it would not be, it has more than 750 million active users. People spend over 700 billion minutes per month on Facebook and 50% of its active users log on to it in a given day.

But since the arrival of Google+, the popularity of Facebook seems to be towards downside. So Facebook with an equal competitor in the same line, has finally started to improve itself in the last few days. Recently Facebook launched a separate messenger app for iPhone and android and introduced Video calling; and now Facebook has released some new features of its site.

Facebook has changed the look of its status update bar, and even reduced some options. Here, take a look at it

The other change is in the layout of picture display on Facebook. Though of not much importance, this change gives a good look. Check this out in this screenshot. 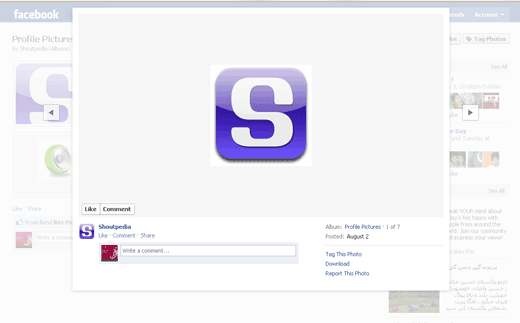 Facebook definitely seems to be improving itself to continue to attract users to itself. Keep logged on and we will keep you updated on any new features from Facebook and the ongoing tussle between Google+ and Facebook.

Meanwhile, you can follow us on Twitter or join our Facebook fanpage to keep yourself updated on all the latest from Apple, Google, Microsoft and the web.