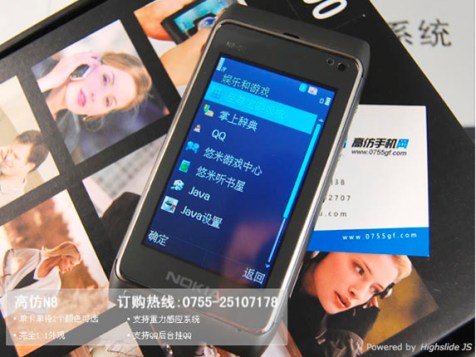 Its pretty interesting. Last week Nokia announced its Symbian^3 based N8 mobile phone and within a week a fake N8 device makes its appearance.

Though fake N8 is not based on symbian operating system but still you get an FM radio, MP 4 player, bluetooth, webcam and a battery that lasts for 3-5 days.

You can easily identify the fake N8 because it is deficient in certain features: