While every one was expecting the release of untethered iOS 5.1 jailbreak in previous week but due to the release of iOS 5.1.1 by Apple, pod2g and his company postponed the public version until iOS 5.1.1 compatibility is proved. Every jailbreaker is asking when the next jailbreak is coming through every available medium. Some fellows are posting posts on forums, some users are asking the same question on iPhone Dev Team’s official blog while others are sending tweets to hackers to get the answer. 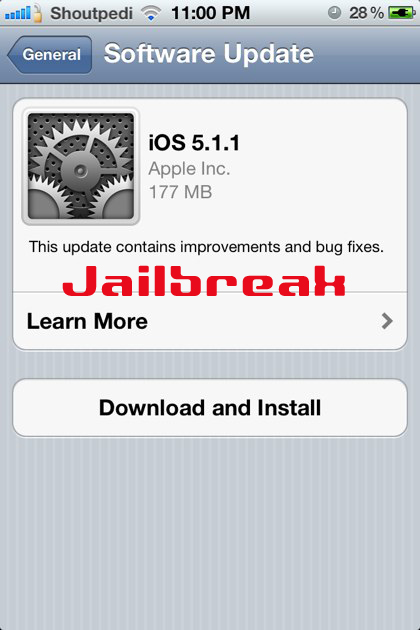 Pod2g has finally provided the answers to all these questions in a short “Frequently Asked Questions (FAQs)” related to his jailbreak and its release. Here is what he says on his blog:

I receive lots of questions either by email or twitter about the 5.1.x untethered jailbreak.

Here are some answers :

Ans: As I said earlier in twitter, there’s still a lot to do to have a user friendly and well tested tool to install the jailbreak on end users devices. Expect a release in a couple of weeks.

Q: Will it be compatible with myiOS device> ?

Ans: It will be compatible with any device running iOS 5.1.1 except iPod 3G, iPhone 3Gs and ATV3 (right now, may change in a near future, nobody knows).

Q: Why is it so slow to release now that the iPad 3,1 has been demoed ?

Ans: There are 16 different devices out there to work on and to test. It takes time.

Ans: No, sorry. Only really trusted people (that can be counted on one hand) could have access to the jailbreak. I don’t want any leak to happen.

Ans: That doesn’t change a thing.

Be patient, it’s gonna happen.
See you my friends.

Now it clear that iOS 5.1.1 untethered jailbreak will take more 2-3 weeks before it goes public. And we should be little patient and shouldn’t not force the hacker. It is better to have a bug free tool rather than having a buggy jailbreak.