According to the latest reports received on Monday, Apple is musing over a design change and by the looks of it, would probably incorporate a curved glass surface design for the upcoming fifth generation iPhone. While we previously reported that it is not certain whether Apple would prefer to refresh the current lineup of  iPhone 4 with minor changes or roll out a new version all-together with radical design changes , the latest tip-off indicates that one should expect a little more than just a refresh. 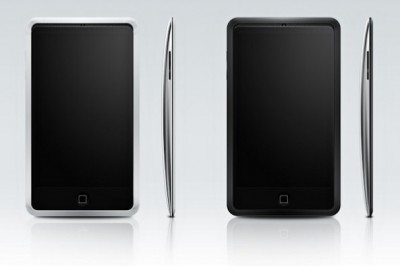 The latest tip-off comes from Apple’s supply chain located in Taiwan and suggests that Apple has already purchased a large quantity of glass cutting machines with their numbers ranging somewhere between  200 and 300 units. These sophisticated machines are used to carve out glass with maximum precision to meet the desired requirements.

As quoted by Digitimes:

The reason that Apple chose to buy the machines themselves and not use a third party glass supplier is being put on the reluctance of curved glass manufacturers to invest in the equipment costs required for the glass production, which happen to be pretty steep. Also the lack of a specific time frame from Apple creates uncertainty for the manufacturers regarding the mass production of the glass in time for the iPhones.

There has been no timetable yet for the volume production of iPhone 5 as Apple is currently still working with related suppliers including those involved in cover glass, glass cutting, lamination and touch sensors to improve yield rates

It’s hard to make out where Apple is heading as far as the design of the upcoming fifth generation iPhone is concerned, but the web is littered with mock artistic creations based on the current rumors. While Apple is no stranger to a curved glass surface design as it was last incorporated in the previous generation iPod Nano, it remains to be seen whether Apple has something special in mind for one of it’s most desired product.