Final Cut Pro X is the version of Apple’s popular video-editing software. Rumors for the release of Final Cut Pro X were floating around for quite some time and it has been finally launched by Apple at at NAB in Las Vegas. 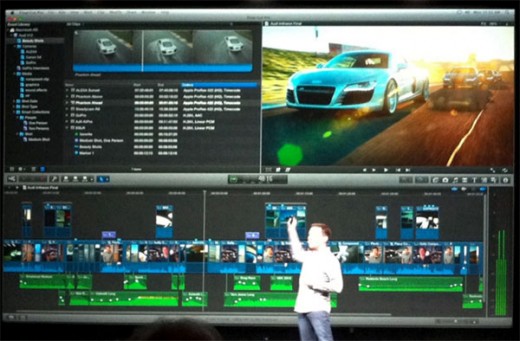 Engineers at Apple had been working on it for quite some time and they have made some achievements on it. This the first 64-bit version of the software and is fully capable of utilizing as many as eight cores of the processor simultaneously along with utilization of almost 4 GB of RAM of the Mac for a very professional video editing experience.

Some of the other notable features on the Final Cut Pro Version X include advanced color management and background rendering, range-based key wording, automatic audio cleanup and advanced people and shot-detection. A very interesting new feature has been termed as The magnetic timeline. What it does is that it gives the freedom to move clips in the timeline without messing up other clips in the complete timeline.

Apple is going to sell Final Cut Pro x at a price of $299. You can get it at the Mac App Store.