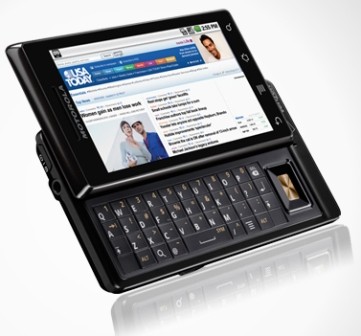 Last week Google announced a new version of android operating system for mobiles. Android 2.2 with code name Froyo brings many new features and improvements. Yesterday this new update was rolled out for Google Nexus One.

Motorola Droid users were also expecting an update for their mobiles but there was no such news from Google.

Tip: How to Set Up Screen Lock in Android 2.2 aka Froyo

Finally a Motorola Spokesperson breaks the silence on Slashgear that company is expecting Android 2.2 update for original Droid in near future.

Though the exact release date is not revealed but it brings a sign of hope for Droidians.

“We’re excited to see Google’s news of the next version of the Android operating system and look forward to integrating it on our Android-based devices as it’s made available to the open source community.”

While I can’t comment on specifics, we do expect DROID by Motorola users will receive Android 2.2 as a software upgrade in the near future.”

Tip 2: How to Update Droid Firmware to Android 2.1 Manually

Update 1: There is rumor that new update for Droid is coming the 23rd of June.