Today iPhone Dev Team has released Redsn0w 0.9.7 b5 to fix the bluetooth issues on untethered iOS 4.2.1 jailbreak. Earlier they released beta 4 of Redsn0w 0.9.7 to eliminate the need of usbmaxd software because they had embedded the said software in it.

It is to remind you that Redsn0w 0.9.7 is still under beta testing and it is available for Mac users only and works for those who have iOS 4.2 beta 3 SHSH Blobs saved on Cydia servers. 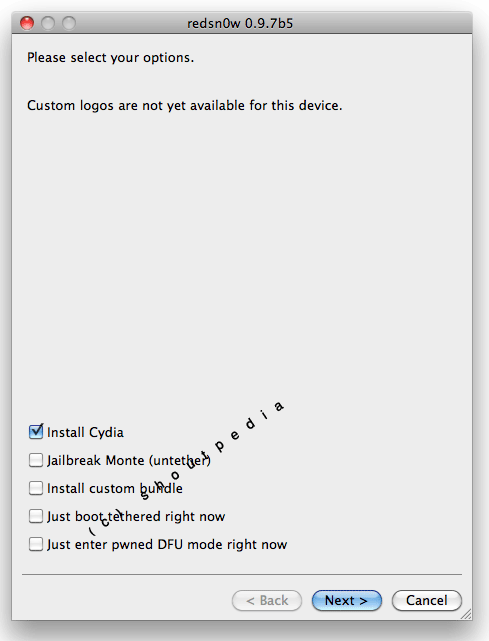 Redsn0w 0.9.7 b5 for Windows users has been delayed due to some performance issues;

There is actually a Windows version of beta5, but it’s excruciatingly slowcompared to the Mac version because it’s forced to use files on your hard drive instead of RAM while it’s processing the very large IPSW images.  It really is very very painfully slow, so we probably won’t be releasing it for testing purposes unless it can be sped up somehow.

The fifth beta is now available (testers ONLY please!).  Bluetooth is now working (and any sandbox-related issues should be resolved too).  Please do not pirate the 4.2b3 IPSW! Only those enrolled in the iPhone Developer program have legitimate access to that IPSW using these links (the links won’t work unless you’re a legit developer currently logged in).

This beta also includes an anti piracy plea for all those who are downloading pirated copies of iOS 4.2 beta 3 required for untethered jailbreak on iOS 4.2.1.

To fix the bluetooth issues all you have to do is to re-run the Redsn0w 0.9.7 b5 on your device. The complete instructions to jailbreak iOS 4.2.1 ( untethered) on new iDevices (iPhone 4, iPod Touch 4G etc) are same as posted in this post (skip step 4).