As we have told earlier that many tweaks and cydia applications which depend on MobileSubstrate to work properly are currently broken and not working on iOS 7 devices which are jailbroken with the help of Evasi0n7. Though Saurik is working to update the MobileSubstrate, but if you don’t want to wait till that here is a simple cydia app which will fix the problem till we get the official release. 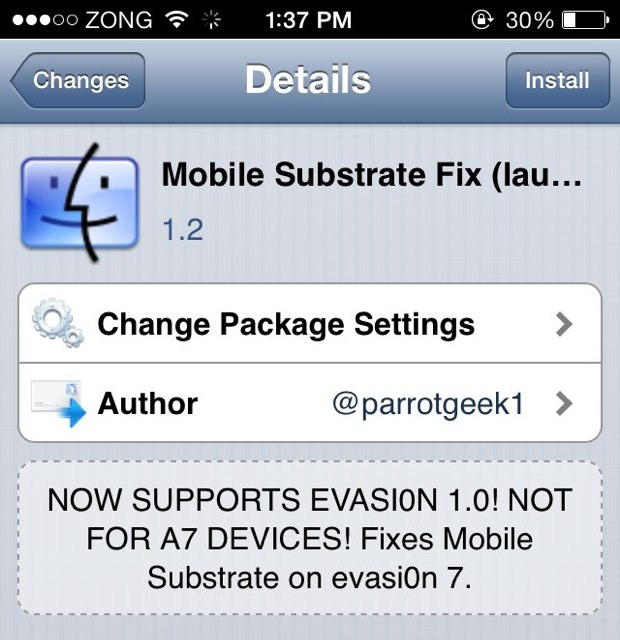 Before we write how to get this fix, it is important to tell you that such fixes are not recommended by Saurik and other Cydia tweaks’ developers, especially when the official one is around the corner. Such type of fixes may work for some time or for some tweaks but they may stop working any time.

Secondly there are few Mobile Substrate fixes which are very dangerous for the device’s normal functioning like “MS Reload Fix”. As per Saurik’s wordings:

(This (MS Reload Fix) is horribly dangerous: MSHookFunction is not designed to be used on functions that might actively be running; this makes Substrate get injected into launchd while launchd is loading launch daemons… no one should install this;

But “Mobile Substrate Fix” available through a private repo parrotgeek.net/repo is relatively stable and works the same method which Saurik wants to implement in the upcoming official release. Here is Saurik’s stance on this fix when pointed by a user in a reddit discussion.

This only works on evasi0n 1.0.1 because it relies on the feature I had evad3rs add so I could solve this problem “correctly”. In that light, it probably does work (it is not “dangerous” as I described the previous ones), but there is still little point in installing it because clearly a new build of Substrate would come out soon using this new feature I got from evad3rs ;P. (Which didn’t happen yet as I took Christmas Eve/Day mostly as a holiday.)

The fix which is developed by Parrotgeet requires the device to be jailbroken either using the latest evasi0n 1.0.1 version, or if you are using the device which is jailbroken with the very initial evasi0n 1.0.0 then you’ll have to install the cydia package evasi0n 0.2.

How to Install it?

Step 3: Now tap on Edit present on top right side. Then tap on “Add” which you’ll on the upper left side.

Step 4: Enter the repo URL here which is parrotgeek.net/repo. 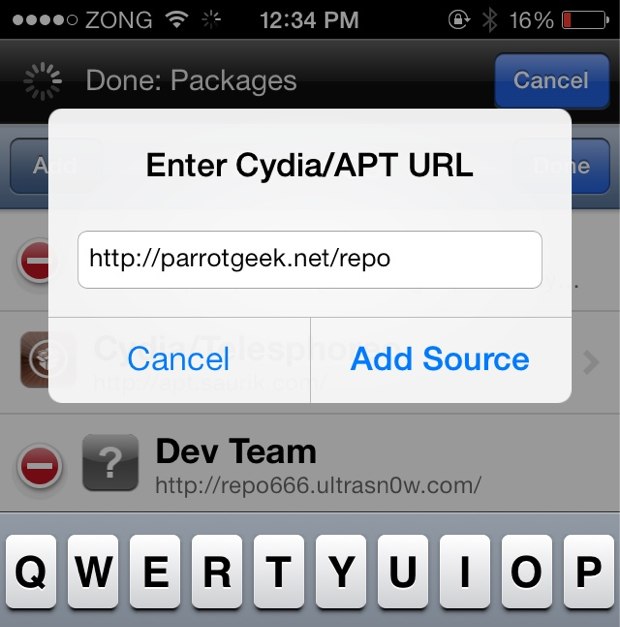 After the repo is added, go to changes and there you’ll see “Mobile Substrate Fix”. You can also search it if you don’t find it. After installing it and rebooting your device, your most tweaks will keep working normally.