Samsung has announced Galaxy S II LTE and Galaxy Tab 8.9 LTE, unexpectedly before the IFA trade show,  which takes place in Berlin from 2 to 7 September. It was expected that Samsung would announce the latest version of their devices in the IFA trade show but Samsung has got ahead trying to top the market with their new technologies. 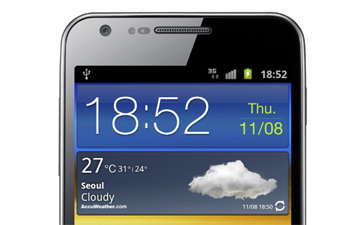 According to the announcement made by Samsung, these devices would have the fastest wireless data transfer capabilities and would have download speeds upto 100 Mbps.

The Android 2.3-based Galaxy S II LTE will have a giant sized 4.5” Super AMOLED screen with an 8 megapixel camera.

Along with 4G speeds the Samsung Galaxy S II LTE also features a 1.5GHz dual core processor that offers speedy load times for the devices 4.5″ Super AMOLED display, along with HD video and crisp image taking from the devices 8MP camera. The device also runs on the Google Android 2.3 operating system while providing WiFi connectivity for up to eight devices.

While the Galaxy Tab 8.9 LTE, being 8.6 mm thin and weighing only 455 g, will be one of the most portable tablets around the Globe.

Both devices will feature a 1.5GHz dual core processor. 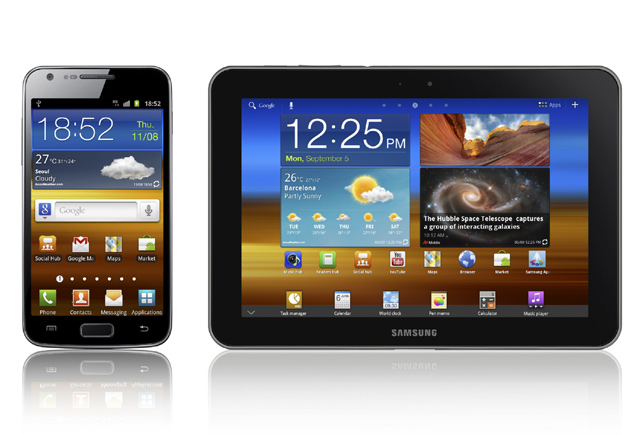 The price of both the devices is not yet disclosed, but we are hopeful that we will know that soon as the IFA starts. So keep logged on and we will keep you posted.

Samsung speeds up the Smarter Life with LTE versions of the GALAXY S II and GALAXY Tab 8.9

“With the introduction of GALAXY S II LTE and GALAXY Tab 8.9 LTE, we will take the capabilities of these devices to a whole new level. LTE redefines the user experience made possible by these devices and opens entirely new possibilities in terms of content viewing, sharing, quality and connectivity,” said JK Shin, President and Head of Samsung’s Mobile Communications Business.

“This is a milestone in our commitment to lead the charge in 4G mobile telephony around the world, both in terms of back-end network solutions for service providers and the development of powerful consumer handsets,” added Shin.

When connected to a 4G network, LTE technology allows portable devices to download high-quality files at speeds of up to 100Mbps, and to upload at speeds of 50Mbps theoretically – five times faster than even the quickest HSPA+ connection. This means that a four-minute long MP3 track can be downloaded in 0.3 seconds, or an entire film file in less than two minutes.

The enhanced connectivity afforded by LTE technology opens up a range of possibilities for users: Features like social gaming, video conferencing and high-quality media streaming can all be enjoyed seamlessly, with vast improvements in download times and connectivity. 4G technology also enables the seamless and near-instant sharing of multimedia content with friends and family, ensuring that users can share the experiences they love whenever they want.

The addition of LTE to the Samsung GALAXY portfolio also opens further opportunities for mobile application and content developers creating a new generation of mobile services that take full advantage of increased bandwidth and improved connectivity.

A 4.5″ Super AMOLED Plus display provides stunning visual clarity, with HD video and images taken on the device’s 8MP camera displayed in full vivid color. The GALAXY S II LTE also offers a rich content experience, with Social, Game and Music hubs all included, while the Readers Hub will be available for download after launch. These are in addition to a number of enterprise solutions aimed at increasing productivity. Running on Android 2.3, the GALAXY S II LTE is easy and intuitive to use.

Additionally, the GALAXY S II LTE can also be connected to up to eight devices via WiFi, meaning that files can be quickly and seamlessly synchronized with laptops, tablets and other Smartphones.

The LTE edition of the GALAXY Tab 8.9 is incredibly portable, measuring just 8.6mm thin while weighing only 455g. The boosted connectivity and genuine portability ensures that the GALAXY Tab 8.9 LTE is the ideal device for modern professionals, who need to stay productive and entertained while on the move. LTE capabilities enable video conferences to be held without need to worry about failing connections, while the 8.9″ screen enables easy rendering of business content such as presentations. The TouchWiz interface enables an intuitive user experience, enhanced by the space and freedom provided by the large display.

Whether writing emails on a trip or reading an eBook in bed, the GALAXY Tab 8.9 LTE provides the ultimate tablet experience without compromising mobility.