This week is going to be superb week for all iPhone, iPod and iPad lovers. Geohot is returning with a fresh and new jailbreak for iOS 4.1 on all devices. LimeraIn will also jailbreak all those devices which are not supported in Greenpoison coming this Sunday.

Greenpoison is SHAtter based jailbreak while Limera1n will be developed using a new exploit that will be able to jailbreak iOS 4.1 for life.

The news has been confirmed by pOsixninja, a member of Chronic Dev Team, and MuscleNerd who is a member of iPhone Dev Team. Chronic dev Team has already released the ETA of Greenpoison which will jailbreak iPhone 4, iPod Touch 4G and iPad on iOS 4.1 but the previous versions will not be supported. Moreover Greenpoison doesn’t make the idevice unlockable with any software including Ultrasnow. 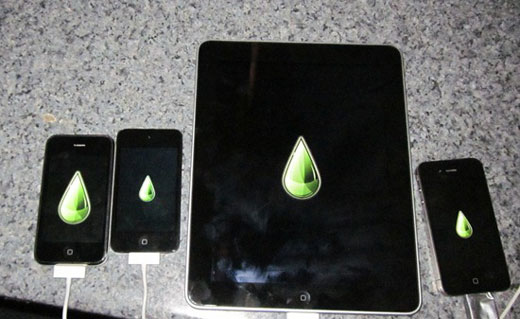 On the other hand, Limerain will work on all idevices on iOS 4.1 including iPhone 3G, iPhone 3GS and iPod Touch.

p0sixninja: yes, the news about geohot is true, the day after we release ETA he decides he wants a piece of the #pie

p0sixninja: and yes it is a different bootrom exploit, he wants us to use it in GP, but there’s no way we’ll make our ETA if we do

chronicdevteam: Note greenpois0n will be released as planned. if someone decides to burn a different perfectly good exploit, that is entirely on them.

chronicdevteam: It is actually him.

chronicdevteam: because his different exploit can be saved for new iphone / ipad / ipod, AND 3G S, you’d just have to wait a little longer

And here is the screenshot of MuscleNerd confirming the return of Geohot: