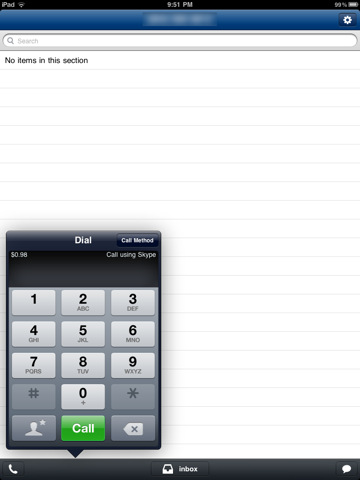 Basically, GV Mobile + initiates a secure connection with Google and sends a command to do various tasks like calling, sending sms messages etc and allows you to make VoIP calls, now from your iPad as well. Those concerned about privacy can be in complete peace of mind as GV Mobile + only connects with Google and application servers.

In order to use GV Mobile+, you must first have a Google Voice account. Full changelog of version 2.3.0525 given below:

GV Mobile+ needs a data connection, 3G, WiFi, EDGE etc, in order to be used on your iOS device. If the data connection is weak, you can notice the app not performing properly.