Did you try our previous method to bypass FRP on android Samsung Galaxy devices, but couldn’t see the “Type Email and Password” option? Or, are you getting an “Error” message there? Here is the solution to these problems. 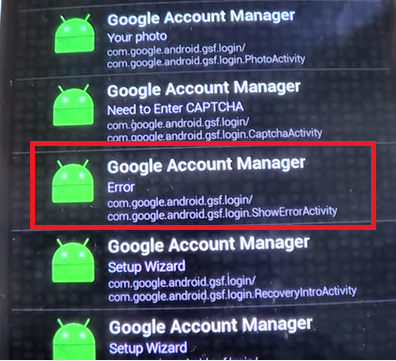 As you all know Google designed a security method called Factory Reset Protection (FRP) to make it sure that no one can replace the original owner’s credentials with his own after the phone is reset. It is a great feature to help reduce the theft cases.

But in many cases, the original owners also forget the password or change the account password just before or after the mobile reset. In these cases, the user can not log into his own phone.

The same thing happened to one of my friends.

In an early morning, he phoned me and told me he was getting a strange message after his Samsung Galaxy phone’s factory reset. He was entering original email and password but even then Google was throwing a message asking him to wait for next 24 hours as he had changed the password meanwhile. He told me he had waited for 48 hours but even then he was still getting the same error.

I took the phone and told him to wait for some time so that I could bypass the FRP as I had already done, according to the previous post. But it was not as easy as I thought. When I repeated the same procedure on this J5 phone, I was not getting any “Type Email and Password” option on Google Account Manager. Instead of that, there was an Error file.

After surfing the internet and applying different methods, I couldn’t succeed. While googling, I landed on this YouTube video. I followed it but Chrome was not allowing me to download any Google Account Manager apk file from the site as it was shown in the video. After trying different options, finally, I devised my own method to install the required APK file on the Samsung Galaxy phone.

If the method shown in the video is not working for you too, try this one which worked for me like a charm.

Step 1: Invoke Google chrome on Samsung Galaxy device, install QuickShortCutMaker and ES File Explorer as we have discussed in our previous post of bypassing FRP on Android devices.

Step 2: After you have successfully got access to Chrome, launch it and enter “apps.samsung.com” address in the address bar and hit Enter.

Step 3: Scroll down a bit and tap on Samsung Galaxy Apps.

Step 4: In the Search option, type ES File Explorer. Hit enter and open the app. If it is not installed, install it. Otherwise, it will open as we have already installed it by following the previous method. 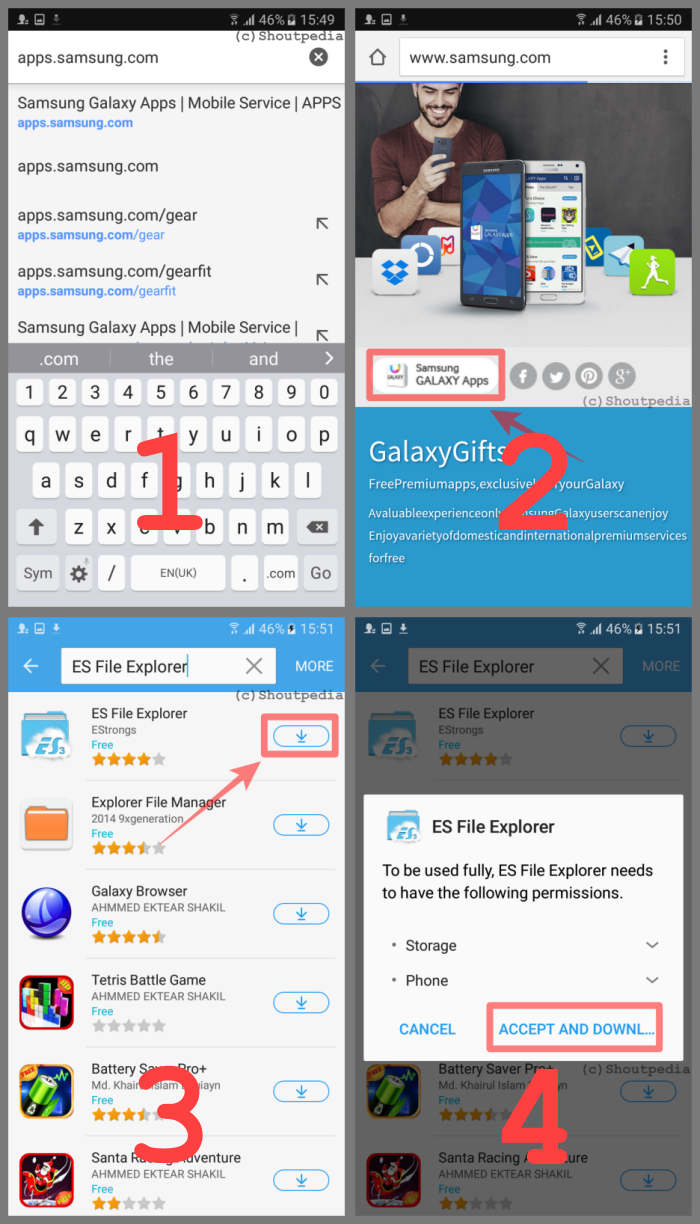 In fact, I used ES File Explorer to install the Google Account Manager APK as Chrome was not allowing me to install it. Every time I tried, it said the download is declined due to some security risks. But I wanted to get it by any means. So, I used the following trick.

Step 5: In ES File Explorer, tap on “Fast Access” button and then tap on the down arrow next to “Favorite” and then on “+ Add”.

Step 6: In the path field, write “https://www.google.com” and in the name field, type any name. As it is Google’s main page, so we are giving it “Google” name. Tap on “Add” to finish. 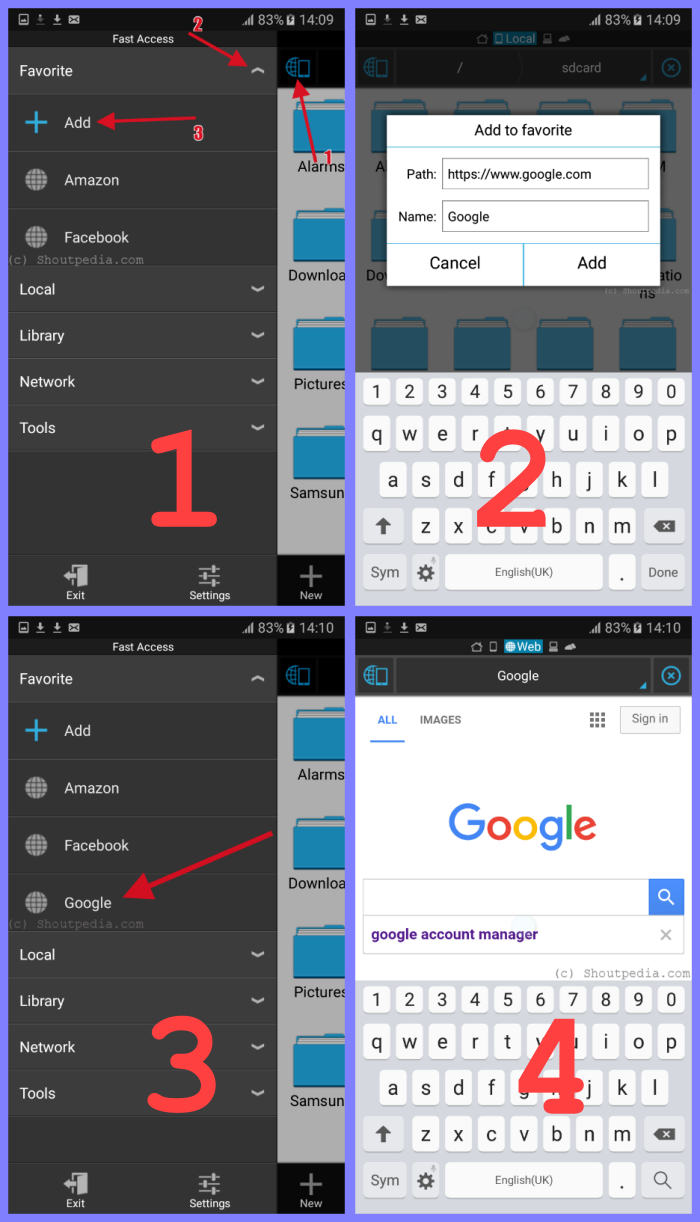 Step 9: Ignore the first one or two ads, and click “Google Account Manager APKs – …. result as shown in the screenshot below. 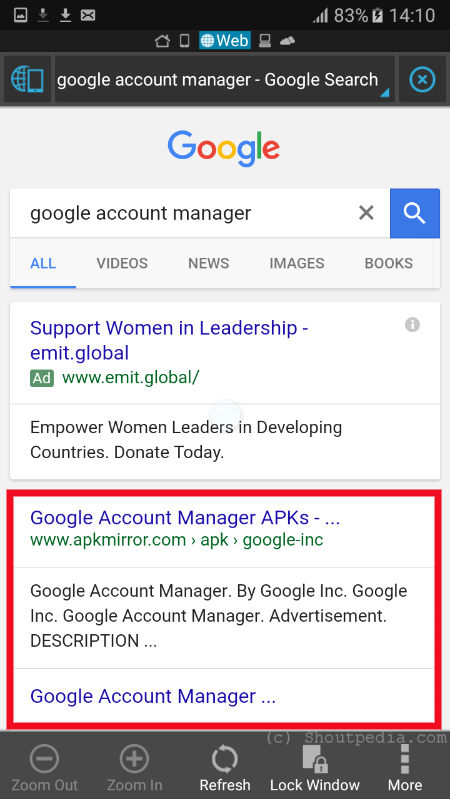 Step 10. Scroll down a little bit and there you’ll see all versions of Google Account manager released so far. 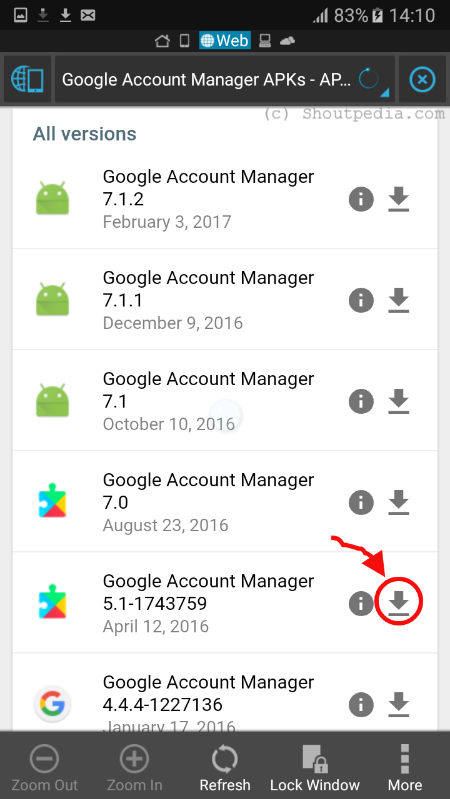 Step 12: Tap on the little downloading icon. On the next page, scroll down to find the direct download link. 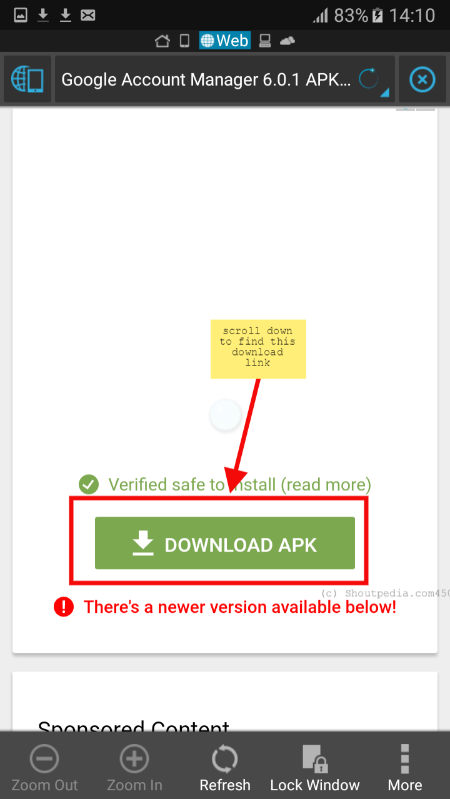 Step 13: When the download completes, open file and install it.

Step 15: Here tap on QuickShortCutMaker and install it again to launch it. Becuase we can’t go to Home screen, so re-installing the app is the easiest method to re-open. 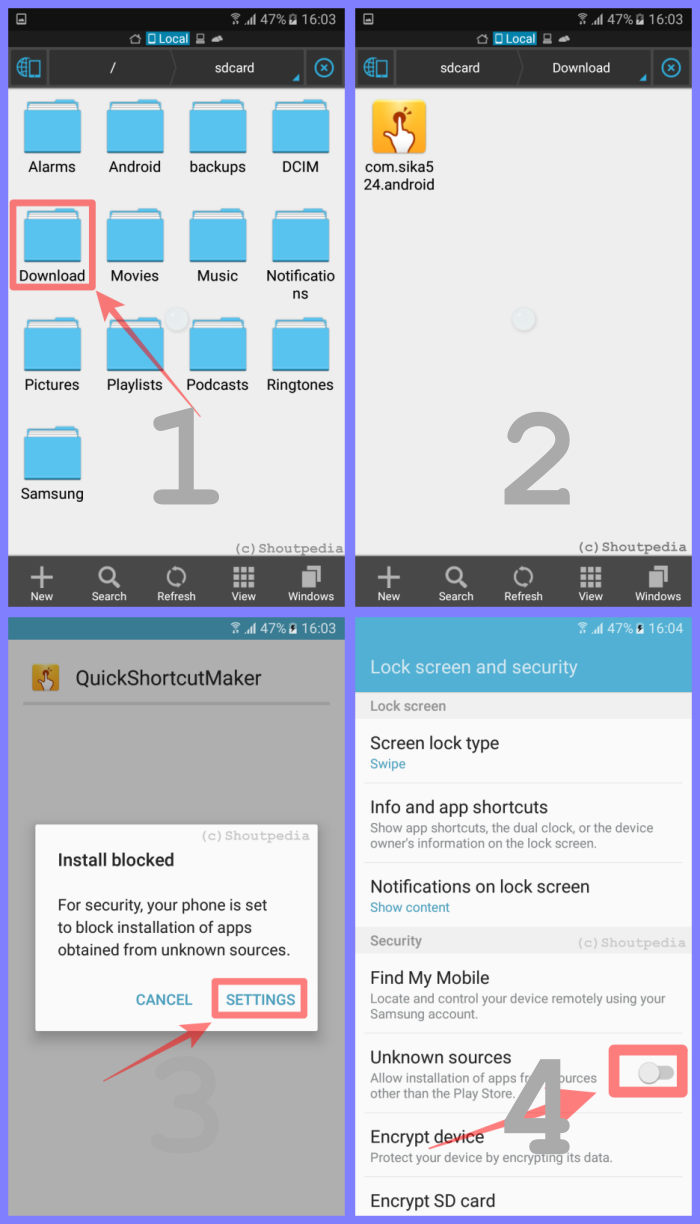 Step 18: Scroll down until you find Type Email and Password. Tap on it to open it further. 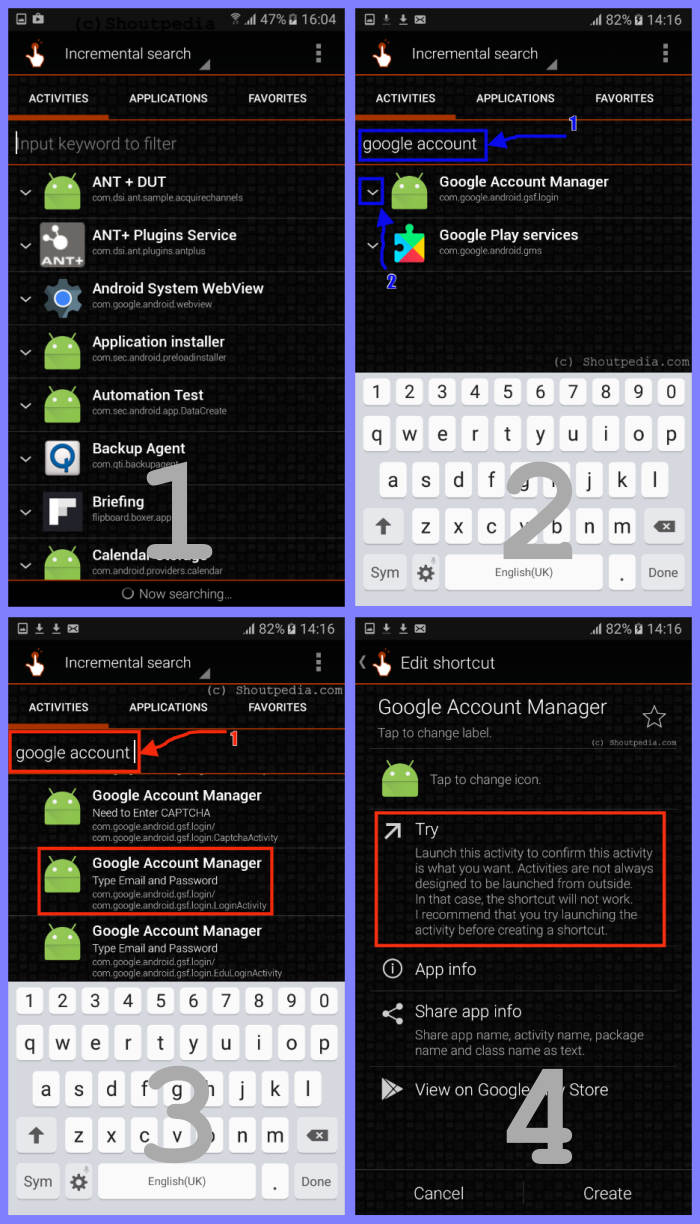 Step 20: Voila! You have successfully launched the “Retype password” window.

Step 21: Tap on three dots at the top of the screen and then on “Browser sign-in”. 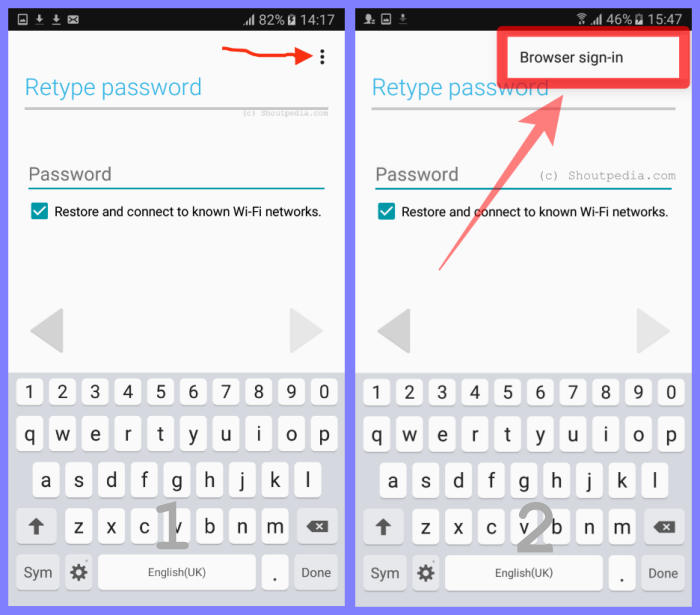 Step 23: Now restart your device normally and set it up.

Congratulation! You have successfully entered the new Gmail ID and password in the Samsung Galaxy phone.

PS: This method is conducted on Samsung Galaxy J5 (6) but it should also work on the following devices.