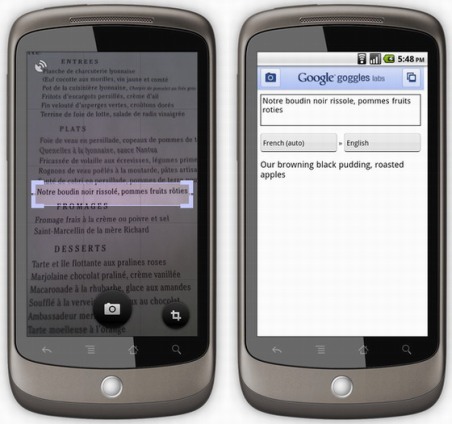 Last month Google Goggles was updated to latest version 1.1 for android phones and today the Google Project Manger Shailesh Nalawadi confirmed that Goggles app would be released for iPhone soon.

In a Q&A session the manager said, “Yes, we will be coming to the iPhone soon”.

Google Goggles is an app for android based mobiles in which you take pictures of buildings, landmarks, bar codes, text, bridges, logos, business cards and other products like books, DVDs and the app helps to identify these objects and products.

You can also get translated the text into different languages like English, Spanish, German, French etc with the help of this app installed on your phone.

For developers Nalawadi announced a new feature. “APIs are good and we would love to offer recognition capabilities as APIs eventually,” said the manager.