Few hours ago Best Buy spilled the beans on Google Nexus S and engadget has just released some more Nexus S pictures confirming the presence of next variant of Google Nexus One.

Nexus S will be running on Android Gingerbread and it looks like Samsung Galaxy S but as shown in the picture below it doesn’t have any physical buttons. According to engadget these pictures were taken a moth ago and now we can expect more improvements in both hardware and software departments. 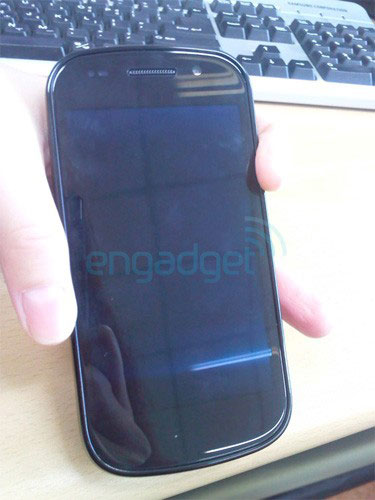 Tip: If you have missed our last post about Google Nexus Two (S), read it here [The main difference between Google Nexus 2 and Samsung Galaxy S]

Now we come to the original topic. A clerk at Best Buy has also spilled the beans on the availabilityof Google Nexus S. According to the documents the Nexus S will be released on November 14th – that is jut three days away.

We are still waiting for official announcement from Google about this new product. However, when a tech blogger contacted the Google, the company representative refused to comment on this issue saying these are only rumors and speculations.

Google Nexus S has been announced officially. Head over to this post for complete specs and availability details.