Google in a surprising development announced today that they would be snapping up Motorola mobility for a sum of $12.5 billion. Motorola mobility is the handset manufacturing arm of Motorola. Buying a hardware division seems a little out of the sphere of Google as traditionally they have never been that much in the hardware manufacturing business. However, Motorola is one of the many manufacturers that utilize Google’s Android Platform, and has manufactured some Smartphone’s based on Android that were a success with the masses, specially the Droid series. 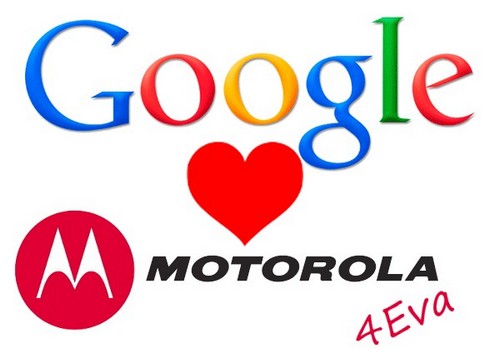 The Major reason for Google’s acquisition appears to be strengthening the position of Android in the cutthroat Smartphone market. In the words of Google’s CEO Larry Page on the official Google Blog:

With a hardware arm under its wing, Google now has a lot more options when it comes to producing a “Google Smartphone”, not just being limited to the Nexus. Motorola’s Droid and Atrix series have struck the right chord within the Smartphone community, so Google can capitalize on their popularity and present a better offering under these brands or improve upon them.

The U.S. Department of Justice had to intervene in the results of one recent patent auction to ‘protect competition and innovation in the open source software community’ and it is currently looking into the results of the Nortel auction. Our acquisition of Motorola will increase competition by strengthening Google’s patent portfolio, which will enable us to better protect Android from anti-competitive threats from Microsoft, Apple and other companies

The biggest factor that comes into play regarding this deal is Motorola’s extensive patient library, having some 17,000 registered patents and a lot more in pending.  Mired with different lawsuits with rival companies such as Apple and Microsoft on the subject matter of Android and its growing popularity, these patients would provide the required boost to ‘shield’ Android against its rivals.