I think, everything was going fine between Apple and Google until Google entered smartphone industry with its own operating system “Android”. But despite little tension, the business relationship between these two companies is continuing.

“Apple is a company we both partner and compete with,” Schmidt said. “We do a search deal with them, recently extended, and we’re doing all sorts of things in maps and things like that.” 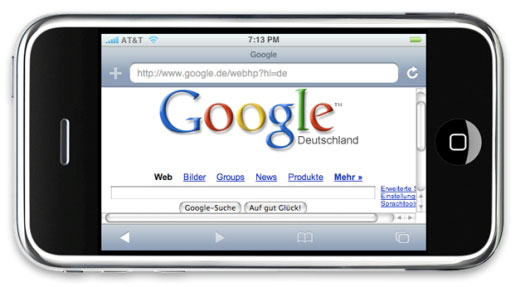 “So the sum of all this is that two large corporations, both of which are important, both of which I care a lot about, will [remain] pretty close. But Android was around earlier than iPhone.”

Earlier there were rumors that Apple was in talks with Microsoft to make the Bing as default search engine in idevices, but in the latest operating system version iOS 4.x bing was added as an alternative while keeping the Google as default search provider.