nitoTV was the first app which was developed for Apple TV 2G and the developer behind nitoTV app is now working on a Grooveshark Client for Apple TV 2G.

Groovy is still under development and not released for public. However you can watch the alpha version of Groovy Player in action in the video after the break. 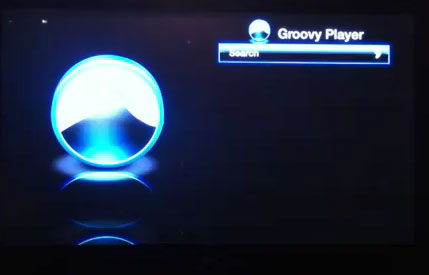 I hope you already know that this app will also require a jailbreaked Apple TV 2G. You can follow the step by step procedure mentioned here to jailbreak your TV2G.

Currently two apps are available for Apple TV. The first app is nitoTV as mentioned above and the second one is Plex client. Plex is popular media centre client for Mac and iOS devices ported to Apple TV 2G while nitoTV app has weather and RSS funtionality.