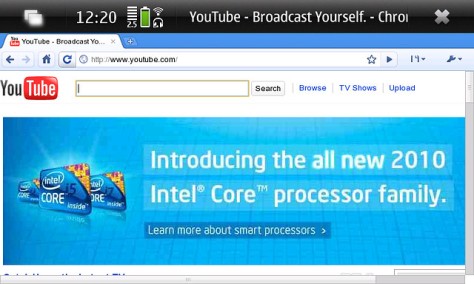 In the beginning of this year Firefox Release Candidate was rolled out and the stable version of which is now available through Ovi Store for Nokia N900. There is another good news that Jace Kowski has developed the packages to install the Google Chrome (chromium) on N900.

Here are the instructions to install chromium on your device.

cd “wherever you downloaded the packages into”

Restart your nokia N900 maemo device and browse the sites in Google Chrome.

You can make the Chromium more finger friendly by installing an extension called Chrome Touch.

Watch this video running a Chrome on N900: