As we all know that evasi0n7 exploits have been patched in the recently released iOS 7.1 firmware, meaning the existing loop holes and exploits are not working on it. It doesn’t mean the battle between Apple and the hackers (jailbreakers) is over now. One of iOS researchers @wincom has just uploaded a video of untethered iOS 7.1 jailbreak running on an iPhone. 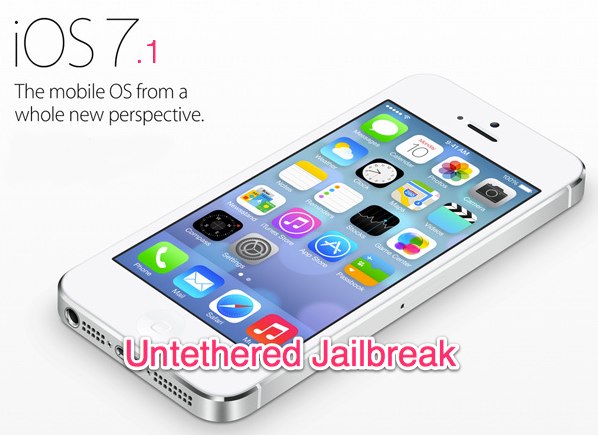 In this two minutes+ video wincom shows an iPhone 4 booting untethered after getting root access on it. Interestingly the Cydia store is absent in the video which is a definite proof of working jailbreak. There may be many reasons why Cydia is not shown in the video. The hackers himself stated that the video was shooted in hurry and it wasn’t meant to be released so early. In my opinion, Cydia is still not compatible with iOS 7.1 and it needs further coding and time for successful run on the rooted device.

Well, it is still not clear how this untethered jailbreak was achieved and whether it is extendable to newer devices like iPhone 5 and 5S or not. But another tweat from iH8sn0w looks promising.

@winocm does this mean I have to bust out my camera and shoot an untethered 7.1 A5 boot? :P

The evad3rs team has already mentioned earlier that they have no plans to to release an iOS 7.1 jailbreak. It seems they want to keep the exploits in hand for next major iOS 8 jailbreak.

Well, it doens’t mean we can’t see unthered jailbreak for iOS 7.1. There are many groups working on it and if they find any way to develop jailbreak without using any major exploit, they would definitely release the iOS 7.1 untethered jailbreak.