Like me, if you are also impressed by the new style of Notifications introduced in Android L and want to get it right now, you won’t need to wait for the final release. A developer has successfully managed to port-back the “Heads up” L floating notification. 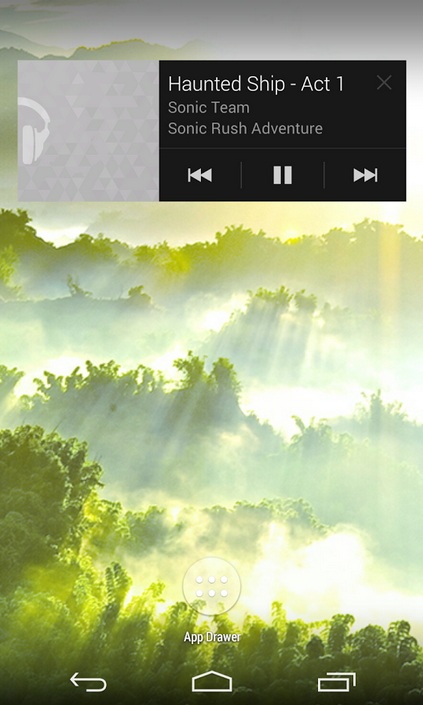 What Are Heads Up Notifications:

Google overhauled the whole Notification center in its Android 5.0 L version, which is yet to be released for public though a developer preview build is already available for select Nexus devices. This new way of notifications is the part of Google’s “Material Design” UI. Unlike the previous versions in which the notifications are displayed in the status bar, now they are displayed directly on the screen of the device.

There are also a lot of settings and controls available with it. You can control which notifications should be displayed directly on the screen and how long they should stay. “Do Not Disturb” feature is also part of this new design. You can simply mute the notifications for / to specific time period.

Which Devices are Currently Supported:

At the moment only two devices are eligible to get android L and that are:

So, it means you can experience the new notification system and other features of Android L on only these two devices. That’s the official way to get it. However, a non-official method is now available too which lets you install the whole Notifications on other devices.

Dr. Alexander Breen has ported back this system for older android phone models. Any device which is running on Android 4.3 or android 4.4 can avail the feature. The whole system is packed in a simple apk file which is installed on the phone just like any other app. Unlike some other similar apps, this ported app doesn’t require the rooted device.

How to Install Heads Up Floating android L Notifications:

You don’t need to have any special set up to get the feature on your phone. The only requirement is the device must be running on android 4.3+ version because the older versions don’t support the floating feature. “Heads Up – Notifications” is available as APK file which is available through both Play Store and from XDA Developer forums.

How to set up Heads Up:

After installing Heads Up, tap on Start button to enable it. On the very next stage, you need to check Heads Up to let it control notifications under “Notification Access”. 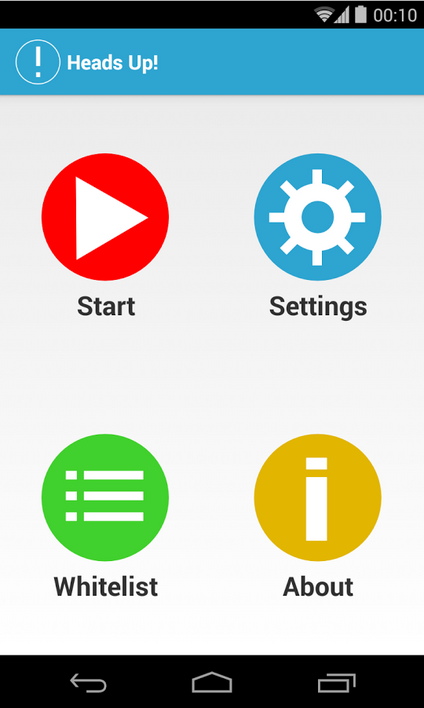 This app doesn’t control all the notifications after activation. In fact you have to whitelist the apps for which you want to get floating notifications on screen. You can also later remove any app from the Whitelist by simply tapping and holding down on the desired app. 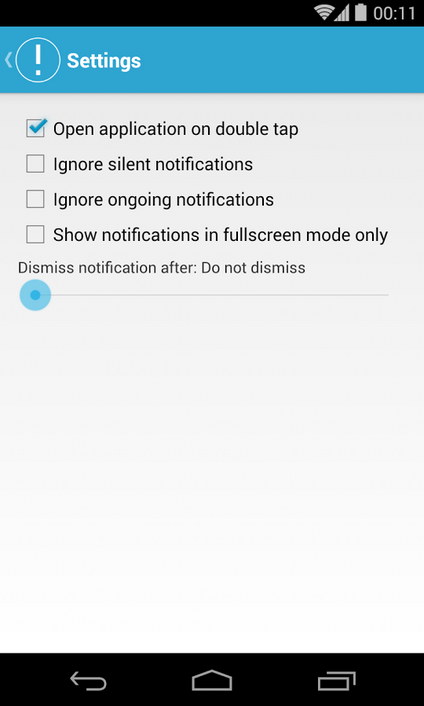 This app also provides few more settings to further fine tune the notifications. You can enable them only on full screen mode, like while watching movies etc or get them everywhere. You can also set the duration by dragging the slider from 1 to 10 seconds.

Though this app is not official but its working and functioning is close to the stock L notifications. Install it and check yourself.