If you accept it or not but Apple’s iOS takes your privacy more seriously than Google’s android operating system. I wouldn’t say it’s the fault of Android OS. In fact different  phone manufacturers make the changes in the OS to customize according to their own style and needs but often forget some minor details which may become very annoying for some users.

No doubt Android OS still needs a lot of improvements on the other hand. For example if you are using a Samsung phone or QMobile or any other phone, you may have noticed that in the message composing screen there is Sender/recipient’s name at the top with the mobile number. So whenever you will reply to the sms or compose a new message, the other people standing near you may look at the recipient’s phone number which you don’t want to share in many situations.

Apple’s iOS does the opposite. You will find only the recipient’s name at the top while writing a message in iPhone. Apple’s iOS has one more advantage over android which is only available to those users who have got rid of Apple’s security wall by jailbreaking the device and that is Cydia store. In the Cydia store a lot of tweaks are available which allows you to change the every corner of your phone.

Unfortunately, there are no such tweaks for android users. Though there are a lot third-party stores and apps but you can’t modify the individual element in android. In fact you have to install the whole app to get only one feature. So here are two Apps, that I have tested and I liked them too, which you can use to show only contact’s name but hide the phone number in the conversation list while replying or writing a new message.

Handcent SMS is one of the popular messaging apps which you can replace with the stock Messaging App. It has got a lot of feature which you can see at the official Google Play page but it also allows you to hide the phone numbers. Here is how you can do it.

Step 1: First of all install Handcent SMS app from the Play Store. 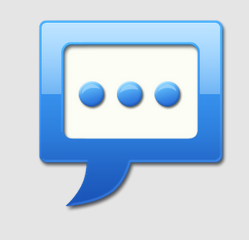 Step 2: Press or tap the Options button and tap on Settings.

Step 3: Now tap on Custom Style and then on Conversation settings. 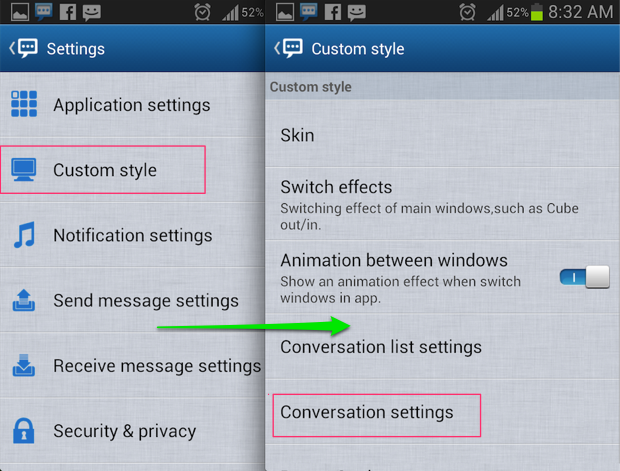 Step 4: Now scroll down the available option until you see Hidden number.

Step 5: Tap on it and press OK to confirm “Hide numbers in conversation title bars”. 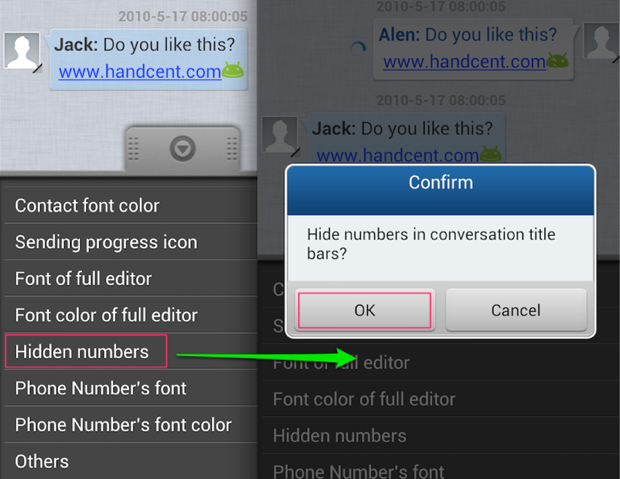 Step 6: Go back, save the changes and you won’t see mobile number in the title bars.

Hello SMS is relatively new app in the Play Store. I discovered it recently. It is minimalistic, neat and clean with tabbed lists. These days I am using it as a default messaging app. It doesn’t contain many functions/options to configure. But it hides the mobile number by default. You’ll see only the sender/recipient’s name at the top of conversation list.

It is also very convenient and handy in the cases when you want to see from which mobile number you are getting the sms if you have saved more than one mobile number under the same contact. You’ll see a small down-arrow at the top. 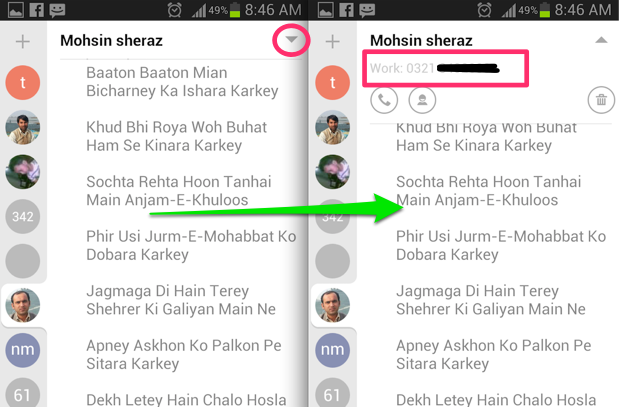 Just tap on it and you’ll see the contact number. Whereas such feature is absent in Handcent SMS app. However, there is one thing about which I’d definlty like to complain and that is very less contrast between sending and receiving SMS. If the developer make the difference more prominent, I’d give it five stars.

If you are using any other app or method to show only the names in the conversation list, please share with us.