It is now confirmed that the first device which will be released with pre-installed Android 3.0, also known as Honeycomb, is a Motorola tablet. At D: Dive into Mobile, Google’s Andy Rubin shows off a prototype Android tablet from Motorola running on honeycomb.

Though Andy Rubin, Google VP of Engineering, didn’t mention its name but if we correlate this news with the rumor we shared last moth then it is Motorola Motopad, a 7 inch tablet.

Motorola tablet is powered by an NVIDIA processor, a “dual core 3D processor” and supports a vector version of Google Maps that lets you to manipulate maps in new ways. 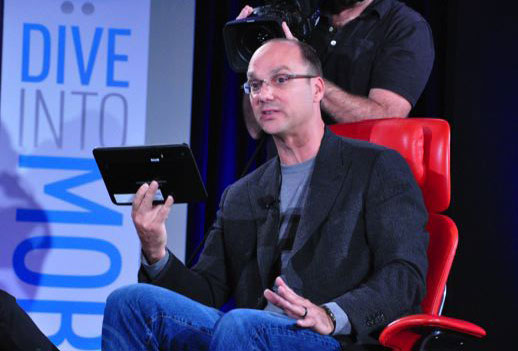 Perhaps more interesting, though, is that Rubin confirmed what we long suspected –- that Google was building a version of Android optimized for tablets. Called Honeycomb, the OS brings “new APIs that… allow an application to split its functionality to multiple views. Apps will know when they’re on a tablet,” Rubin continued.

As an example, Rubin demonstrated a Gmail app with a two-pane view, which is similar to the Gmail app display on an iPad. On an Android phone, however, users would continue to get the simpler inbox where messages open in the same pane.

Motorola Motopad will be available to purchase early next year, according to Rubin and it will the first Google tagged tablet. [engadget]

Stay tuned to this site for more information on Android OS and Android products. You can also follow us on Twitter or join us on Facebook to get the latest updates.