Earlier today Apple released iOS 6 B4 for developers which includes many bug fixes. The new update also brings some important changes for the end users. The most important one is that there won’t be official YouTube app bundled with the stock iOS any more because Apple’s licensing period with Google has ended, and now Google is working on standalone YouTube app which will be available through App Store soon. iOS 6 Beta 4 also brings new privacy settings for Facebook and Twitter. A new Bluetooth sharing menu is included for better sharing option through BT.

In this post we will tell you how you can jailbreak iOS 6 Beta 4 with Redsn0w 0.9.13dev3 version.

Update: As iOS 6 final version is now available, you can find the iOS 6 jailbreak final here

Step 1: First of all update your device to this latest iOS 6 beta 4 version. 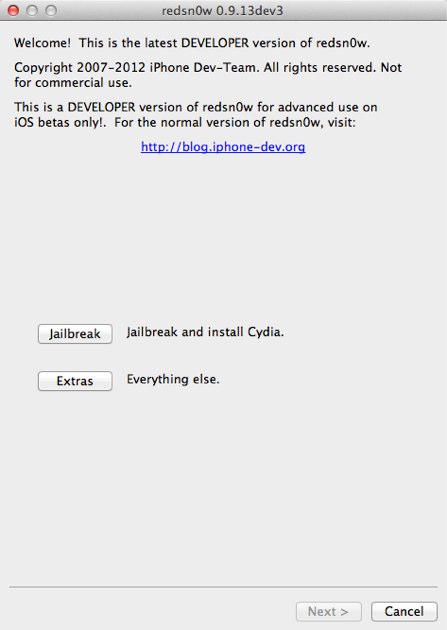 Step 3: Go to Extras -> Select iPSW to select the iPSW file manually. At this stage point Redsnow to iOS6b3 instead of Beta4. 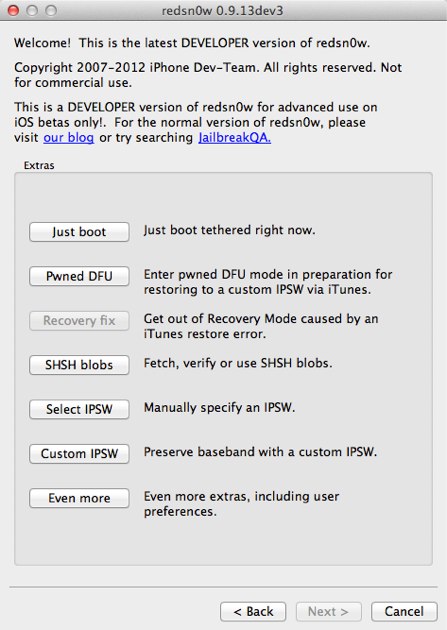 Step 5: Put your device into DFU mode when asked and let Redsn0w finish the jailbreak process.

Step 6: As this jailbreak is tethered at the moment, so we have to perform another step to boot the device in normal condition. Go to Extras -> Just Boot option of Redsn0w, while the device is still connected with the PC and follow the on-screen steps to boot successfully.

How to Install Cydia on iOS 6:

After you have jailbroken iOS 6 Beta 2, SSH into your iPhone using Coda (for Mac) or Putty (Windows). There are also other such tools available on internet and you can use any tool but make it sure your device and your PC are on the same WiFi network.

Step 1: Use the username “root” and password “alpine” to SSH into your device.

Step 3: Once your iPhone resprings, you will see Cydia icon on the home screen of your iPhone.

Now your device is jailbroken on iOS 6 b4 having a working Cydia store.