The new iOS 11 is announced with many new features for the end users along with some useful and interesting behind the screen changes for developers.

Currently, the new iOS is still under development and is available for developers and beta testers only. The final and stable release is set to be launched later this fall. 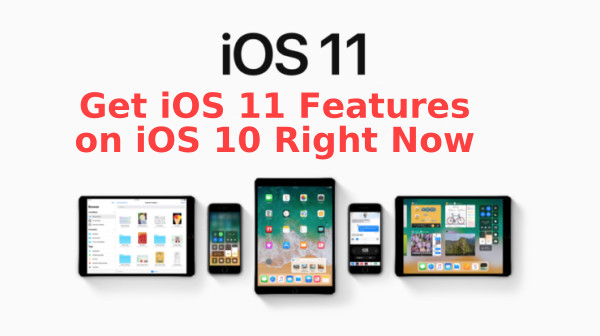 If you don’t want to wait till the Fall, then there are two options in case you want to get it right now on your devices. Either you can install it after getting a developer account, which will cost you $99 a year, or you can sign up for the public beta program.

But keep it mind the beta version of iOS 11 is still buggy and may not function properly on your device. You may get some weird experiences and even some of your favorite applications and games may also not work properly.

Fortunately, there is also a third option which allows us to get some of the most important iOS 11 features on our existing devices running on iOS 10 version without upgrading to any beta release.

And you all know this option is one and only “Jailbreak”. After jailbreaking our iPhone and iPad Devices, we get the liberty to install the third party applications and tweaks which are not present in the official Apple’s App Store. Using these tweaks, we can get the following top ten iOS 11 features which are still on the way.

Please note: Your iPhone/iPad must be already jailbroken in order to get these new features. In fact, we’ll have to install some tweaks from the Cydia store which is accessible only when the device is jailbroken. You can follow our this guide to get the step by step instructions for iOS 10 jailbreak.

Screen Recording is one of the most wanted features by iPhone users. Finally, Apple has built a native screen recorder in the upcoming iOS 11. But this feature is already available for the jailbreak community in the form of tweaks and Cydia apps. 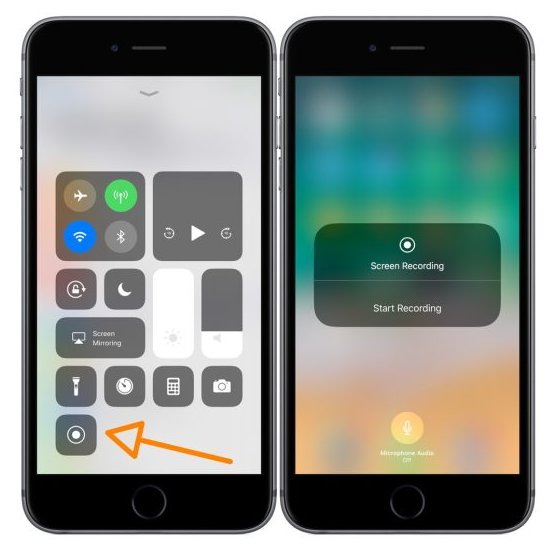 To get screen recording feature right now on your iPhone / iPad, you can either install CCRecord or CCRecorder from Cydia. The former tweak is free to install while the latter is the commercial package.

There are also some other third party apps like AirShou and EveryCord which perform the same functions. These apps can be installed on the iOS 10 devices by sideloading with Cydia Impactor, without jailbreak.

iOS 9 users can also install Display Recorder which is more feature rich tweak than the above-mentioned ones.

Note: The latest beta release of iOS 11 indicates that Apple might enable live streaming of the screen in the final version.

2. Moving Multiple App Icons at Once:

Pre-iOS 11 versions allow us to move only one application icon at a time. It is frustrating and time-consuming especially when you want to rearrange the homescreen by moving a lot of icons. Apple has finally added the bulk app-icons moving feature in iOS 11. 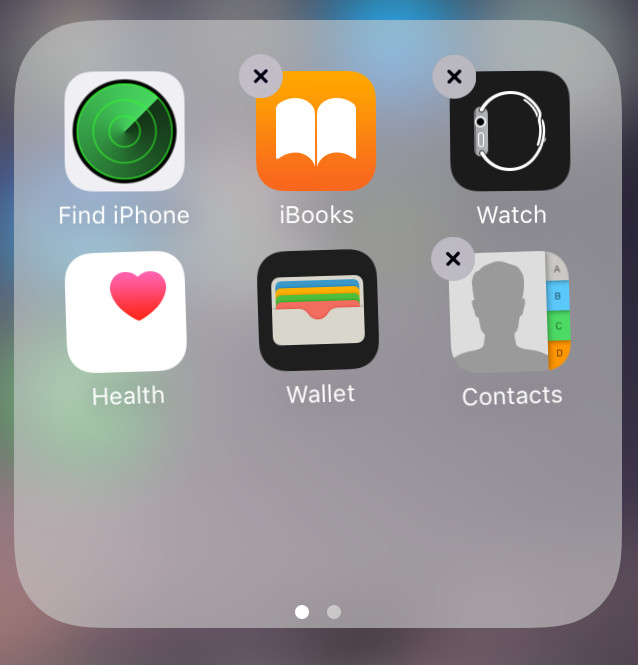 For jailbreakers, this feature is already available in the form of a tweak called MultiIconsMover+ which not only let us move multiple apps’ icons from one screen to another but also from one folder to another.

Smart Invert works just like Dark Mode which is already available on many non-iOS devices. Fortunatly, we can get this feature on our exiting iOS 10 version with the help of a tweak. There are two jailbreak tweaks avaialble for this purpose, one is called Eclipse and the the other is Noctis. 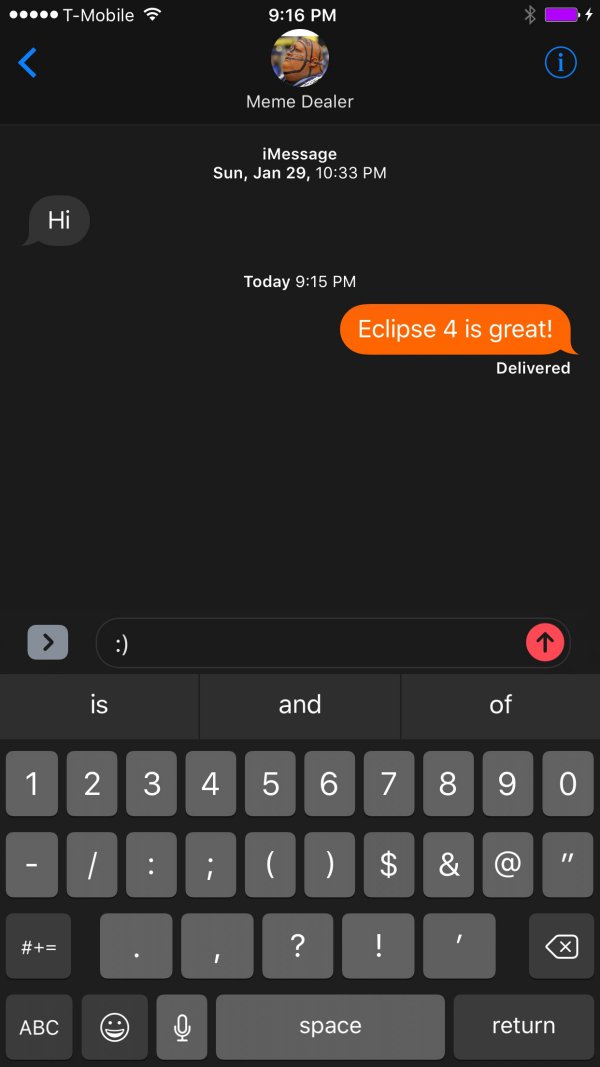 These tweaks work much better than the iOS 11’s smart invert which is yet not supported by some apps like Instagram.

One of the big feature in iOS 11 is the complete redesign of the control center, which can now be modified according to the user’s own preferences. More controls can be added and the existing ones can be removed.

There are alreay a lot of cydia tweaks available which bring this feagture for the jailbreakers without upgrading the latest iOS 11 version. The examples of such tweaks include CCHide, Polus, Onizuka and FlipControlCenter.

Recently a new jailbreak tweak called ControlCenterXI is released to customize the Control Center and to make it look like exactly iOS 11. This tweak is paid but it is worth purchasing and installing. 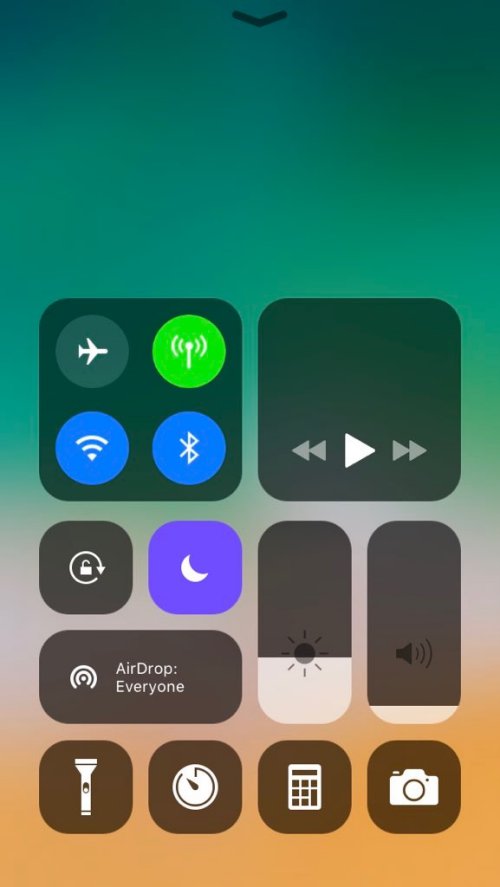 Apple also introduced macOS like dock for iPad users. With this new feature, we can add more icons to the dock, can get the suggested apps, and see the most recently used apps on the iPhone or Mac.

It seems Apple stole this feature from the already available Harbor tweak, which works on both iPhone and iPad. 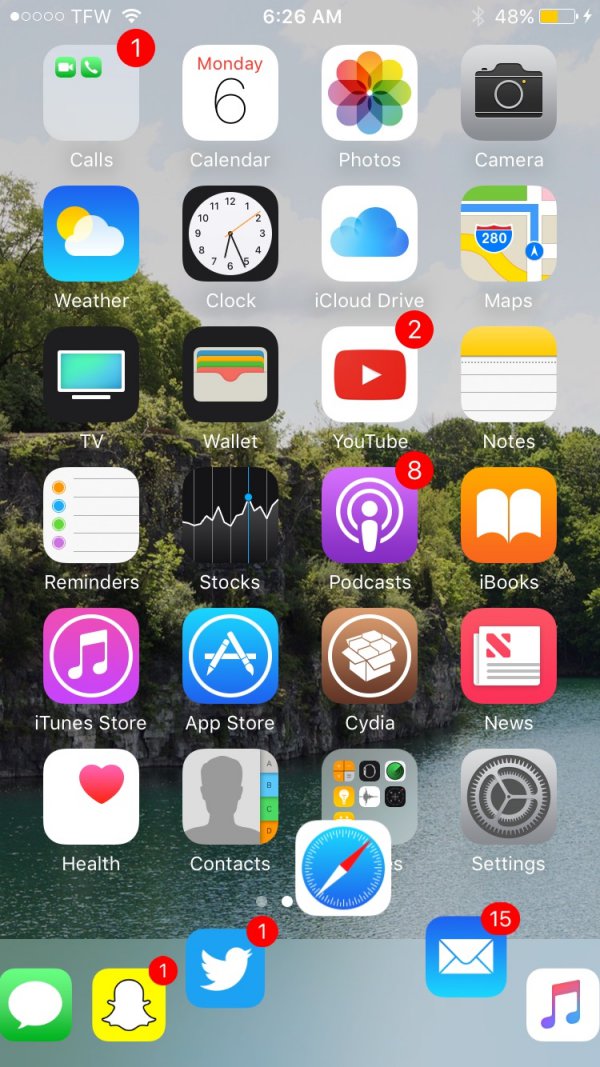 Get this upcoming feature right now on iOS 10 without upgrading to iOS 11 using this tweak.

If you have got small hands. like me, and a large phone, espcially iPhone 6 (Plus) or beyond model, you’ll be well aware of the problem when it becomes really difficult to type with one hand. Apple has introduced a new feature on large size devices where one can get one-handed keyboard by keeping pressed the emoji key. The space between the keys will reduce and the keyoard will instantly move closer to the side.

This feature is not a suprise for the jailbreakers as it is already availabel in the form of “OneHanded” tweak. 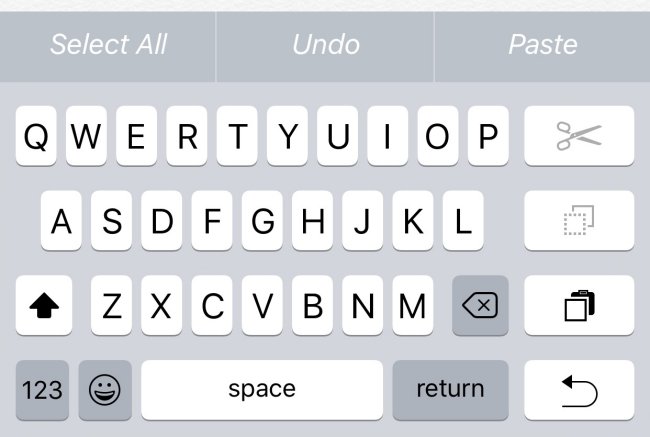 If you have ever saved a GIF image in the camera roll of your Photos apps, you know that it doesn’t animate as it does in browsers or other apps.

iOS 11 has finally incorporated this missing feature in the photos app too.

We can this iOS 11 feature right now on iOS 10 / iOs 9 with the help of GIFViewer jailbreak tweak.

There are a lot of applications available in the Apple’s official App store to scan the QR Code. But if you don’t want to install one more app, you can get the feature right into the native camera app with the help of NativeQR tweak. This feature is also coming in the next iOS 11 version. Don’t wait for the upgrade, get it now.

Whenever we press a volume up or down button in iOS 10 and previous versions, we see a large volume HUD blocking the major portion of the screen. It is really annoying in some cases.

Many third party apps like Youtube and instagram have already introduced the minimal Volume HUD which usually shows at the top of the app without blocking the main screen.

But if you want to get this feature on iOS 11, without moving to iOS 11, here are some tweaks which you can try.

iOS 11 is going to bring a new app called Files. The main purpose of this app is to search, browser and organize all your files at one place. It not only shows the local files but also the cloud files like from iCloud, Box and Dropbox. But it doesn’t show the system files.

For jailbreak community, two feature rich file managers, iFile and Filza, are already available. They not only show the local files but also the system files.

These are the ten important features of iOS 11 you can get right now to make iOS 10 look like iOS 11 without upgrading your iPhone to it. We hope the jailbreak developers will release many more new tweaks not only for the iOS 10 but also for iOS 11 in the coming days.