Last week I got a notification that there is a new update available for Facebook app on my Samsung Galaxy S3 android smartphone. I usually update the apps from popular developers without reading further reviews and comments. I did the same thing with Facebook. I updated it to the latest version without reading what is changed in the new version and what other people are complaining about it. 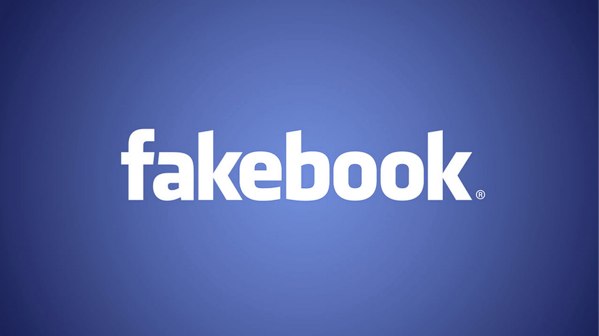 Note: This method no longer works, but we found another method to download the facebook videos on android which is very simple.

After the update the first thing I noticed was the videos were automatically playing in the newsfeed and moreover when I click on any video, I don’t get any option to select any other player. Instead of that the video was playing in the default, built-in player. It was really annoying. I usually download the videos first and watch them later when I am free. I searched the internet to find a solution but failed. I even installed the previous version, after getting the .apk file from internet, but the new change was still there.

After testing different older versions, finally I came to a solution which not only let me install the latest version of Facebook android app but also gave me back the option to open and save the videos in my preferred player and downloader.

I don’t know it will work on your device or not, but I’d recommend you to give it a try if you want to get the old feature. One thing I have forgot to mention is now the videos also don’t autoplay in the newsfeed. They play when I click on them.

Step 1: First of all uninstall the current latest version of Facebook.

Step 2: Now search for Facebook Android .apk file version 5.0.0.0.7 on internet and download it on your phone. Or you can first download it on your PC and then transfer to your mobile. Then verify and install it. If you don’t find, here is one link to this file Facebook v5.0.0.0.7.apk. 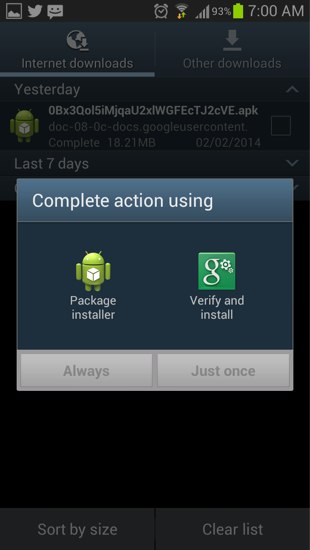 Step 3: As soon as you login to this Facebook version, you’ll get a message that the current Facebook version is out-dated and you have to update it to the latest version to use it. Tap on “Install Now” button. 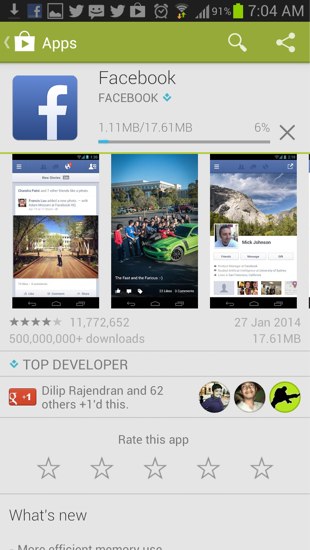 Step 5: After the app has been updated, run it and click on any video. You’ll see back the list of apps which you can use to play or download the video. 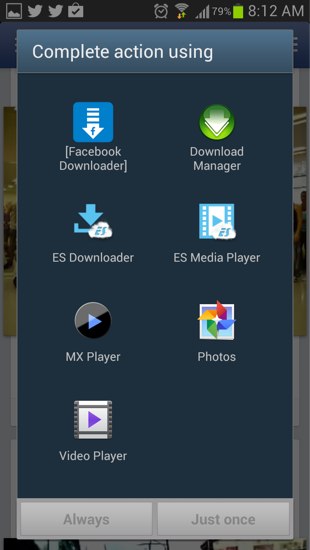 If you found any other method or any other older apk file which is still working, please share with other readers.