Before the Windows Phone 7 OS is launched officially, the specs of another WP7 based phone leaks in wild. This smartphone will be released in Uk where all five major operators will have the WP7 phones in stock.

Though the exact release date is not revealed but it is definitely coming late October. The main features of HTC Mozart will be: 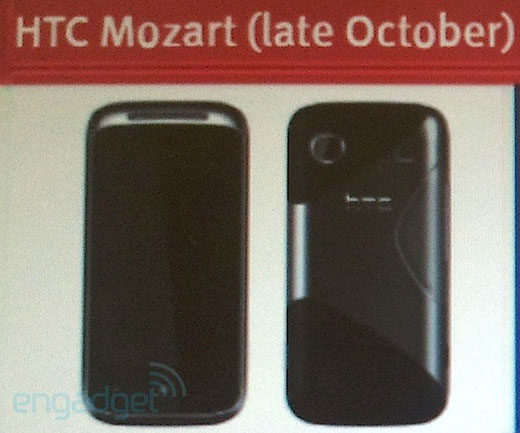 The phone will be sold free with the usual £35 per month carrier fees.