HTC is following the strategy of Samsung when releasing the variants of its major products. As we know Samsung releases the mini versions of their popular smartphones like Galaxy S3 mini andGalaxy S4 mini, the same is case with HTC. They have just announced the smaller version of highly appreciated mobile HTC One.

Definitely the main purpose of this new phone is to attract the low-cost market. And to reduce the cost of production, they have to either remove few features completely or reduce the quality of inner parts. 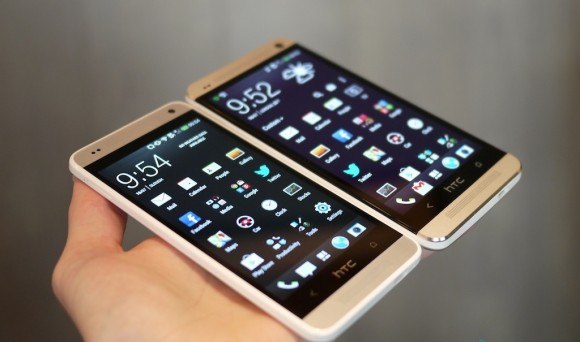 The apparent difference between these two handsets is the size which is shrunk from 4.7 inches to 4.3 inches. The new size looks really cook. It fits in the hands comfortably and look decent in the pockets. The exact dimensions of the miniatured device are 132 x 63.2 x 9.25mm. The smaller size also shrugged off the extra weight which is now 122 grams.

While moving to internal parts, we find big differences between HTC one and HTC one mini The former is powered with 600 quadcore running at 1.7GHz whereas the latter runs with 400 dualcore at 1.4 GHz. The RAM is also reduced. The younger brother contains 1GB RAM and the elder brother contains 2GB. HTC One Mini is available only  in 16GB internal storage while One comes in 32GB and 64GB storage options. 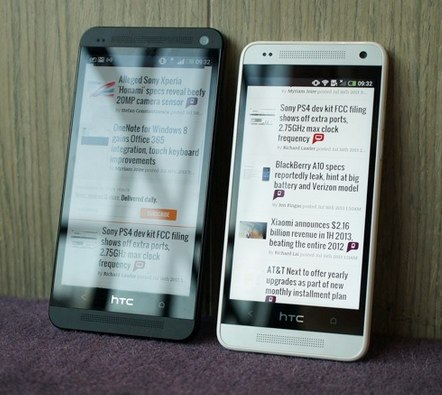 Some radios are also missing in the newer version. There is neither IR blaster nor NFC. WiFi 802.11ac is also omitted in mini model. There is no TV app in it.

One thing is very pleasant for photographer. HTC used a slighter knife cut in the case of camera. Mini lacks optical image stabilisation (OIS) but the other features like LED Flash, 28mm,  f/2.0 aperture and Full HD 1080 video recording are intact.

Unfortunately battery capacity is also reduced in new sibling. It is equipped with 1800 mAh instead of 2300 mAh which is present in the case of HTC one. The pricing details are yet not revealed. We will keep you updated on price and availability in different countries.