HTC’s new yet-to-come Android Phone, dubbed as the HTC Runnymede has been spotted across the web. HTC has been constantly on the go for producing new kind of Android and Windows Phone.

In the past few days, there have been rumors and pics circulating all through the web of upcoming HTC phones. Only at the beginning of this month, HTC announced two new Windows Phones, and a week onward, pics of a the upcoming HTC Amaze 4G Ruby, leaked to the web. And judging by the video and pic of this new Android, the HTC Runnymede is surely going to rock the Android Market. 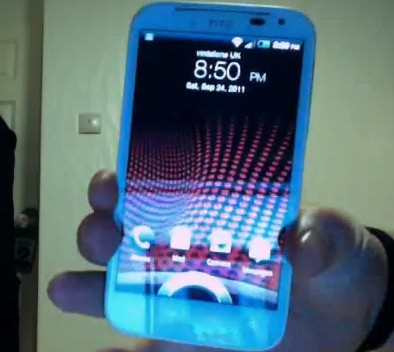 This HTC Runnymede has a quite large screen display, 4.7 inches and features a 8 MP camera. It has a processor of single-core 1.5 GHz CPU accompanied by a RAM of 768 MB and 9.9mm profile.  And it would also have an option for 32GB storage.HTC Runnymede is receiving quite an enthusiastic response from the Android fans, and is getting a  lot of , what you may call, pre-release love.

So generally, this is a quite fashionable smartphone, and a pleasure to have. So wait for HTC Runnymede begins. (via engadget)