Since Geohot left the iOS jailbreaking scene, no other hacker came forward with a working bootrom level exploit. The existing most powerful bootrom level exploit which works only on A4 based chips (i.e., iPhone 4, iPad 1) and on older devices was discovered by Geohot and it is the same exploit which is used by MusclerNerd in the latest version of Redsnow. This exploit, which is called Limera1n exploit, can only provide tethered iOS 5.1.1 jailbreak on non-A5 device. So, it means iPhone 4S and iPad 3 can not be jailbroken on iOS 5.1.1. 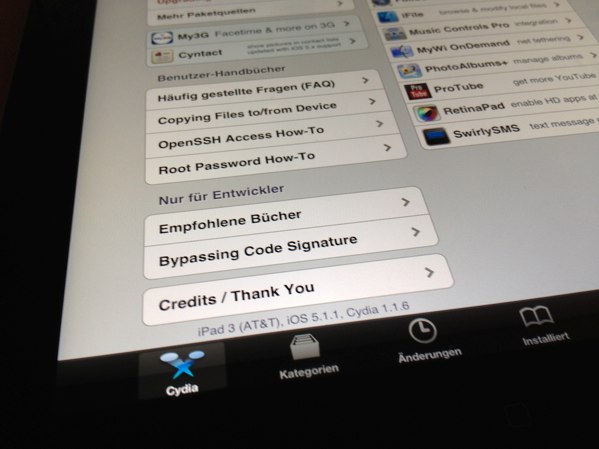 But the real fact tells us another story. I0nic just showed us a screenshot of jailbroken iPad 3 ( the new iPad ) running on iOS 5.1.1. According to a tweet by i0nic, while he was sleeping his girl fried accidentally upgraded his iPad 3 to iOS 5.1.1.  But after he woke up, he jailbroke his iPad 3 5.1.1 successfully within one hour. 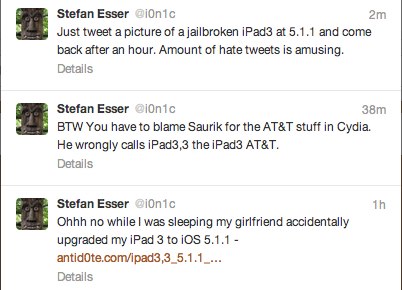 On the other hand one hacker who is commonly known as Pod2g is working to bring the untethered jailbreak for all devices running on iOS 5.1. It seems, however, now he may also postpone the release of his jailbreak so that he could test the compatibility of his exploits on iOS 5.1.1. So far we have no updates from pod2g.

We will keep you updated on all the latest related to iOS jailbreak.