Finally iOS 7 is here, with all new features and new design. It givers a new look to your device and a lot of areas to explore and to customise according to your needs. But this playing with the iOS 7 costs you shorter battery life. Definitely, when you wake up the device again and again, change and see the live papers, re-arrange your widgets with new priorities, show your device having new features to your friends and family members, you will see the battery going down fast. It is a natural phenomenon and it is the basic instinct in every human beings to explore the new things. 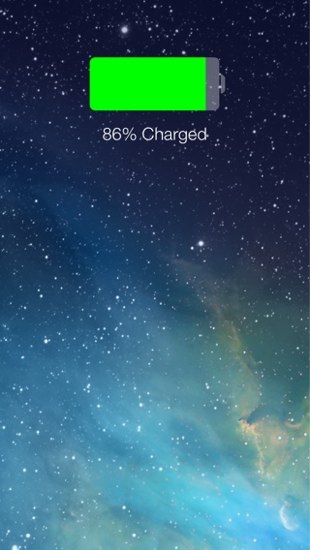 But there are others things too which can reduce the battery life on your iPhone. There might be faulty upgrade or restore, a buggy application or any settings turned on which was turned off in previous iOS version.

Here are few tips you can try to improve the battery life of iOS 7 running on iPhone, iPad or iPod Touch devices.

1) Put The Device Down for Some Time

The first thing is to check whether it is any buggy software or it’s your extra usage which is causing shorter battery time. You can check it by putting the device down on the table or in your pocket for 2-3 hours and after that note the battery percentage. If the battery percentage is stable or drops only 3-4 percent, then there is nothing wrong with the iOS update. But eve if you think the battery works fine in the sleeping mode but the drainage rate is higt when the phone is active, you can try the following tips.

If you are not using any apps or not playing any games more, you should delete them as soon as possible. They are just taking up space and may try to turn on the radios like WiFi and GPS from time to time. So get rid of all such apps.

Make it sure all the applications installed on your device are updated. Sometimes the old versions of the apps don’t work properly on the new iOS, definitely due to new coding system introduced in the iOS. Frequently used social applications like Twitter, Facebook, Foursquare etc should be updated as soon as possible because they consume a lot of battery and new versions always bring some improvements.

This is one of the most important tips to increase the battery timing on iOS 7. WiFi radio, GPS Radio, LTE and 3G should be turned off immediately if they are not in use. Bluetooth radio should also be kept turned off all the time and it should be turned on when you want to use it.

As you know there are many widgets which are updated very frequently like Stocks and Weather widgets. Remove them from the notification centre if you are not interested in such things. You can check the weather and other things by firing up the app itself instead of using the Notification Centre widgets. Similarly remove any other unwanted widgets.

Similarly auto-lock should be set to 1-minute so that iPhone doesn’t remain lit up for longer time.

7) Give Power Cycle to Battery

Once in a month perform a power-cycle to recalibrate the battery. It is done by simply letting the battery drain until iPhone shuts down itself. Then it is charged to full capacity and again discharged to zero level. Now re-charge again up to 100%. This method will give a boost to battery life.

If none of above tips works in your case, reset and then restart your iPhone. Even if the problem persists, make a fresh restore of iOS and set the iPhone as new device instead of restoring from the back up. I hope it will solve any battery issues. However, in this case you may lose your game records and some other data.

Please let us know if you used any other tips to improve iOS 7 battery life.