If you are still a big fan of the very first Window graphical version and want to run Win 95 on your existing, the most advanced, Windows 10, MacOS and Linux operating systems, as an executable program, then the easiest solution is available now.

I know writing about a program which was released 23 years ago seems outdated but there are still many enthusiasts which still love the old tech-antiques. 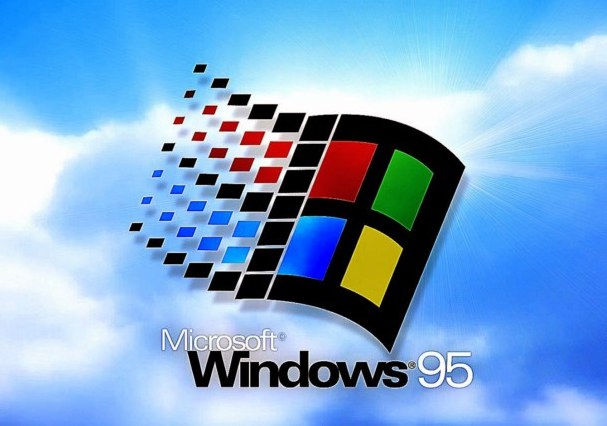 There are many reasons why I am writing about this topic today, like:

Nowadays we receive updates on our laptops every other day but we don’t know what we are getting. There is no really useful stuff in these updates. When you read the lengthy update documents, you’ll find only one thing – this is a security update.

I want you to go to the tech’s-chilehood-era and let you play with the basic version of paint, Minesweeper, Solitaire, and Hearts games. 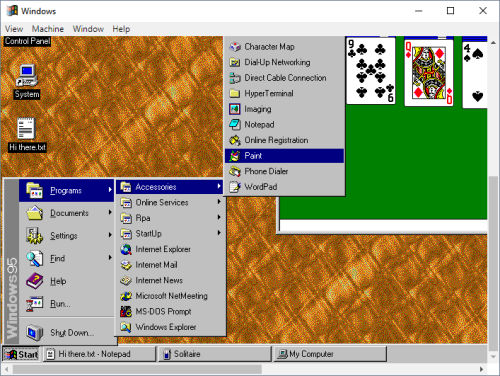 I know we can’t nullify the importance of these modern operating systems, especially after the advent of this blazing fast internet, but at least we can show our children what we had been using in our childhood. In the future, we are going to have some form of Windows software in our household things like coffee mugs, teddy bears etc.

How to Install and Run Windows 95 on Win 10, MacOS and Linux

There are already many emulators available on the internet to have some fun while fiddling with the basic functions of Win 95, but a Slack developer Felix Rieseberg recently released a standalone app which can be downloaded directly on your existing major operating system.

The downloaded file size is not more than 150MB.

On Windows 10, simply run the downloaded executable file to install Win 95. Wait for 2-3 minutes until the installation completes. During this process, you may see some strange boxes but don’t worry. Everything will be fine in the end. 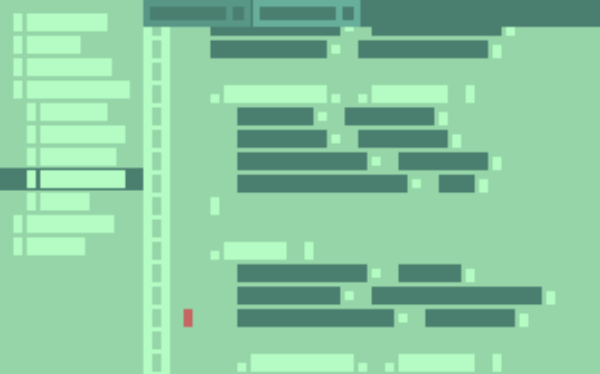 On MacOS, unzip the zipped file and then launch the resulting windows95.app file to start Windows 95 immediately.

Using Win95 on Win10 and MacOS

Handling of Windows 95 is very easy and simple.

When the app is installed, click on “Start Windows 95” button. 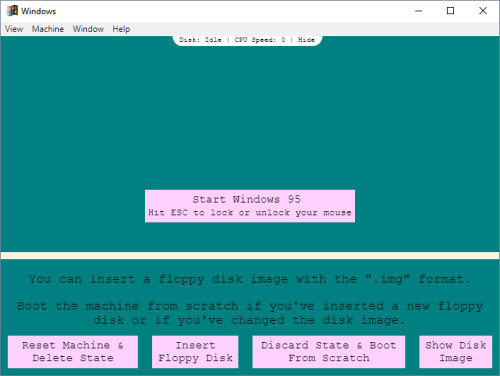 When the window of the app is in the active state, simply press the ESC key on your keyboard to engage and disengage your keyboard and mouse.

The pointer speed might be slow on some computer or on some Windows and MacOS version, but the keyword works flawlessly.

Just go to the Start button which is the unique selling point of Windows operating system, browse the already available stuff, run paint app, play the games and write some interesting stuff in the basic WordPad software.

If you want to run Windows XP apps on the latest versions, read our this post.

The Internet is not functional in this version, so don’t try to activate your AOL or AT&T internet. :)

Installing and using Win 95 app is really fun and I hope you all will give it a try and let your child play with the basics of technology.

You can also visit the GitHub page for the latest updates and releases.

PS: If you don’t want to download Windows 95 app on your hard disk, you can also run it in the browser.