Recently Google launched a much-improved version of Android, Android 2.3 aka Gingerbread, for android OS based phones and you will be surprised to read that almost all idevices can support it using some third-party apps like OpeniBoot.

iPhone 3G is the first device on which Android 2.3 (Gingerbread) has been installed successfully using the same OpeniBoot software. 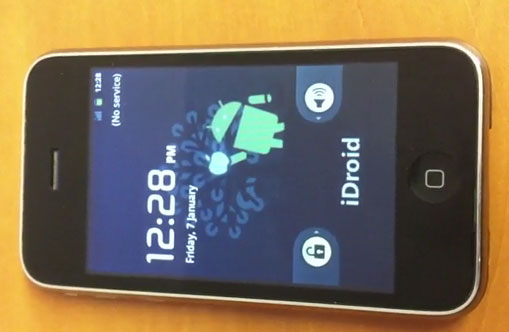 Nick Pack, who managed to break into iOS to port Gingerbread to iPhone 3G, has also posted a video of iPhone 3G running on android 2.3. In the video it seems everything on iPhone 3G is working without any big problem or issue.

For those who don’t know OpeniBoot is an open source software based on iBoot that allows jailbreakers to insert their own code such as Linux kernel into iPhone/iPad.

OpeniBoot, currently, supports iPhone original, iPhone 3G and iPod Touch 1G but Nick Pack is also working to port the same hack into iPhone 4, however,  he didn’t mention any ETA yet.

Watch here the video of iPhone 3G running on Gingerbread: