Apple has just released the first public beta version of its new OS for the iPhone and iPad. It means anyone can install this build on their devices after signing up with the public beta program using Apple ID and password, without using the developer account.

The developers who are already subscribed to the Apple Developer Program can install the beta updates of iOS 13 and iPadOS 13 even before it is released for the general public. 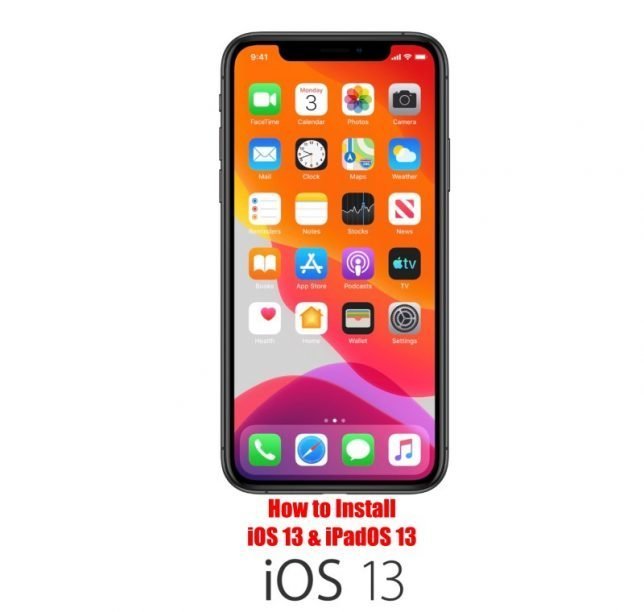 If you are not following the news from Apple recently, you may have missed the updates announced at WWDC 2019. During this event, Apple announced the next version for iPhone, which is called iOS 13 and the bifurcated version for iPad which is named as iPadOS 13.

The developer versions of these OSs were released at the time of the announcement, but the first public build is rolled out for the general users today. Apple will release the final version of iOS 13 and iPadOS 13 later this fall.

How to: Method to Install iOS 13 and iPadOS 13 Public Beta

Before installing the public beta of iOS 13 and iPadOS 13, it is highly recommended that you make a back-up of your device using the latest version of iTunes.

If you are already using iCloud for the backup purpose, even then it is advised to use the iTunes to create a backup on your local computer. Please, don’t forget to make an encrypted backup, otherwise, some crucial information like Health data, passwords, etc may be lost during the process.

After you have completed the backup process, open Apple’s beta program website link on your computer or iPhone and sign up for the program. 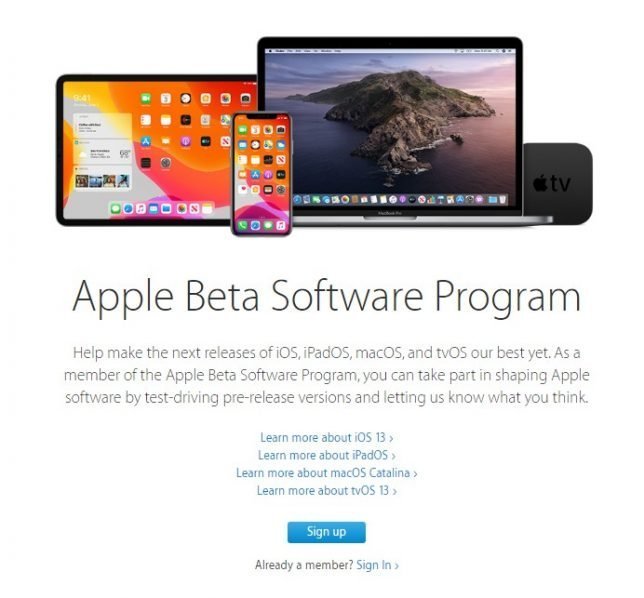 If you are already a member of the program, you can directly sign in to the site on your iPhone and iPad using your Apple ID and password.

Now open https://beta.apple.com/profile link on your iDevice. Enter the Apple ID and password which you used in step 1. 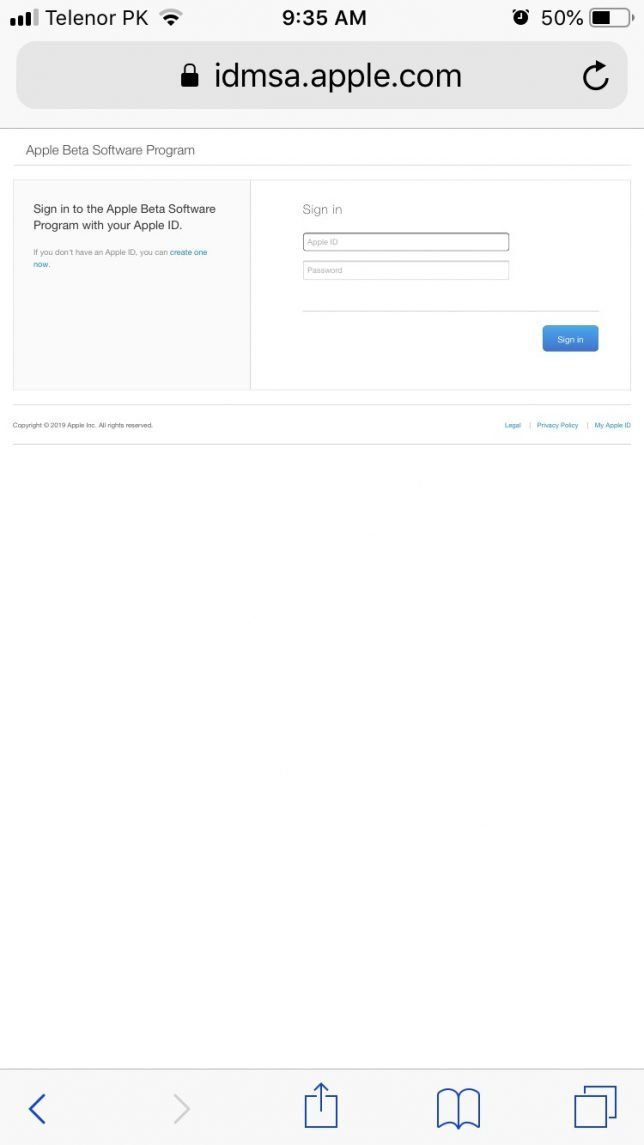 Select the software, iOS or iPadOS, from the top menu and then download the configuration profile. 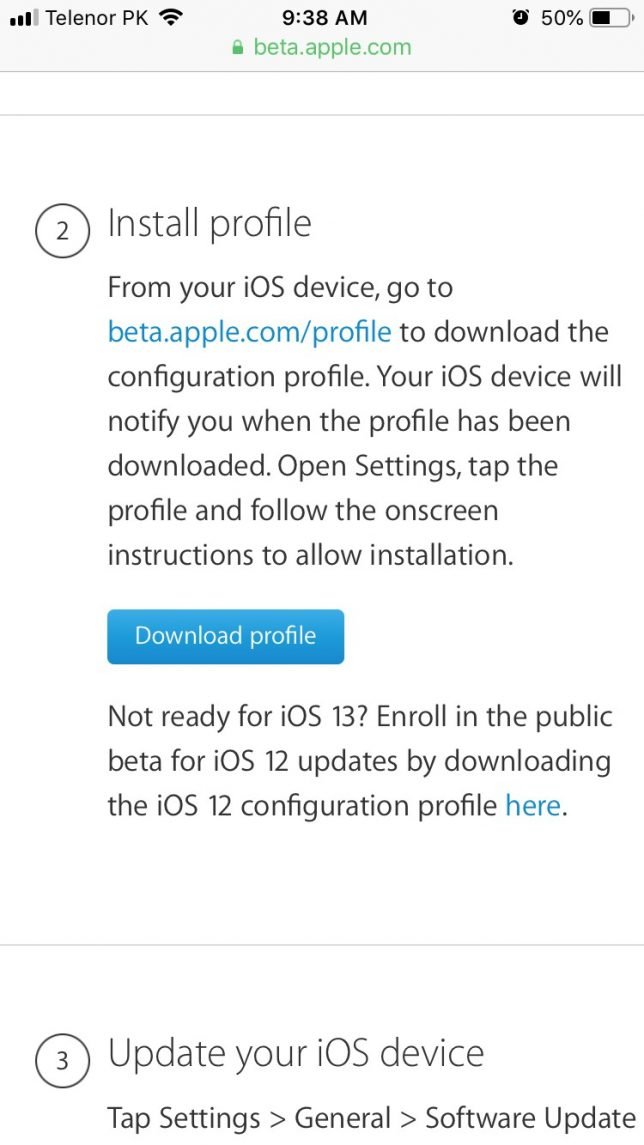 You will get a pop up saying, “This website is trying to open Settings to show you a configuration profile. Do you want to allow this?”. Just select “Allow”. 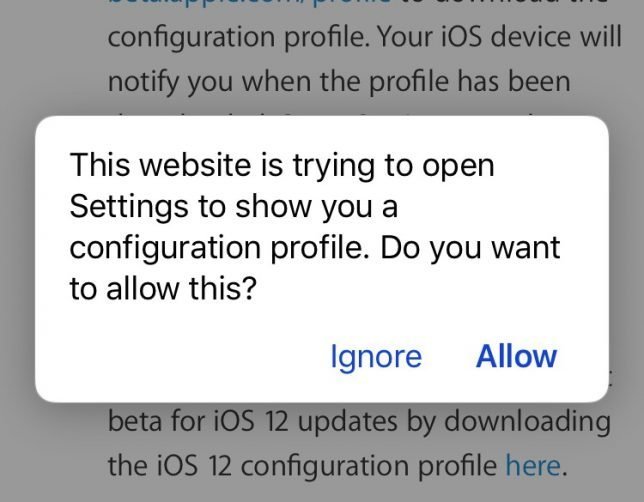 After the profile is downloaded on your device, install it while accepting the Consent message.

The device will restart to complete the installation of iOS 13 and iPadOS 13 configuration profiles.

Now go to Settings > General > Software Update and download and install the latest iOS 13 or iPadOS 13 Public betas on your device. 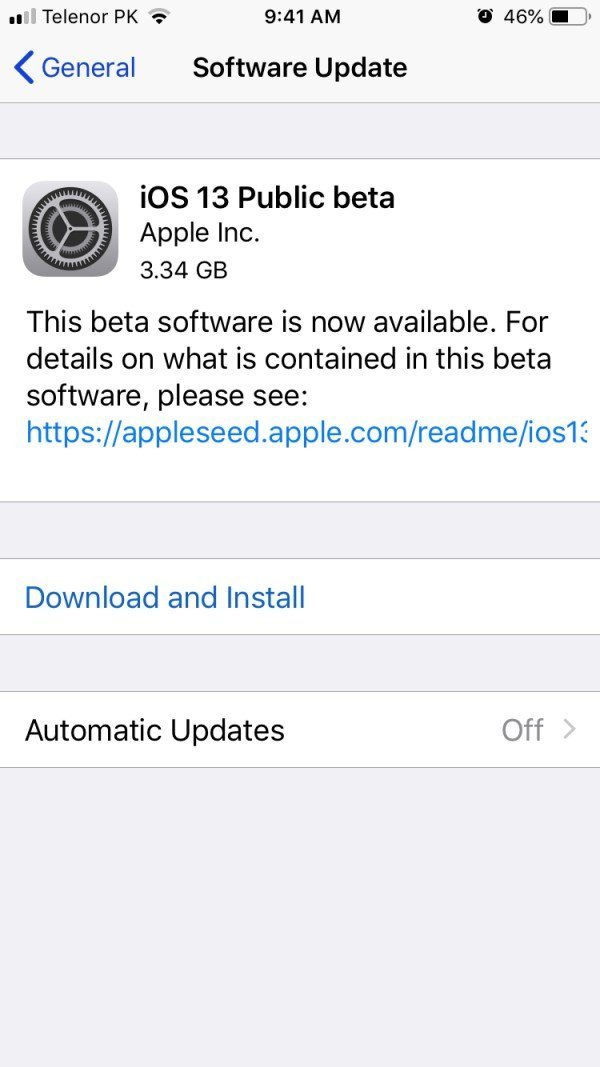 If you followed all the steps and tips carefully, you’ll soon see your iPhone and iPad running on iOS 13 / iPadOS 13.

Please keep in mind that this public beta may contain many bugs and stability issues. Some of your apps may crash or not run problem on this version. You may also face a fast battery draining issue after installing iOS 13 or iPadOS 13. Your phone may also heat up after upgrading to iOS 13.

PS: You can downgrade to iOS 12 from iOS 13 anytime you like till the signing window is open.