This CDMA based iPhone 4 has all the same features as the regular iPhone 4 on AT&T like A4 processor, retina display, 5 megapixel camera, video recording etc, including a new feature named “Mobile Hotspot”.

Mobile Hotspot service will allow you to connect up to 5 other devices to the Verizon iPhone 4 EVDO 3G network. 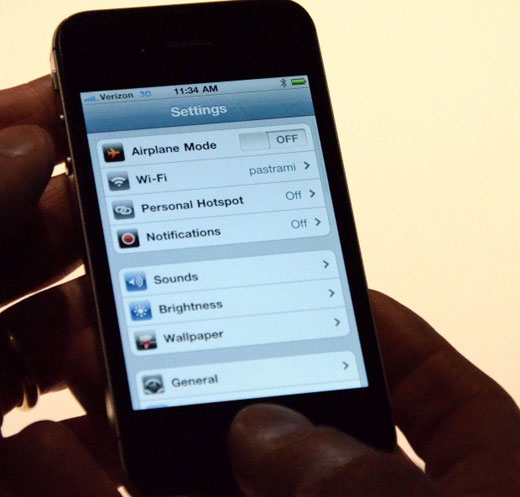 This feature is not available in regular version but you can get it after jailbreaking your device and installing MiFi from Cydia Store. It also means that Verizon iPhone 4 will probably require a new iOS version (iOS 4.2.2 or iOS 4.3?) to offer this service. 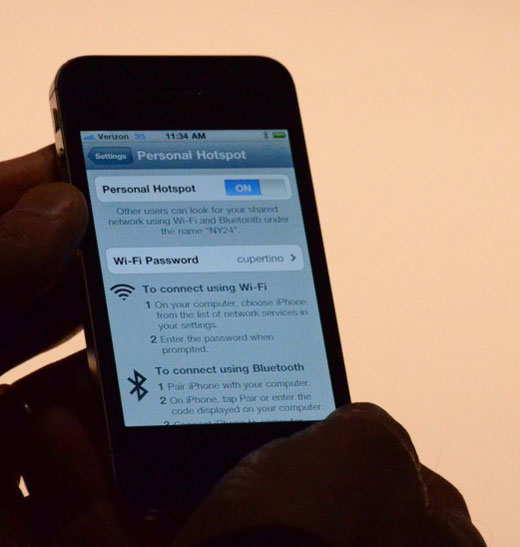 Update: To provide Mobile Hotspot feature, there won’t be any app. In fact you can activate and deactivate Mobile Hotspot in the Settings page just like WiFi and Notifications etc. [thanks Crunchgear for Hands On Images]