Apple has started approving iOS 4.3 specific apps for iPhone, iPad and iPod Touch devices. An update to “StreamToMe” app has been approved by Apple which requires iOS 4.3 to work properly.

Apple released iOS 4.3 beta 2 version last week. It seems Cupertino Headquarter is in hurry to release the final and public iOS 4.3 build to customers as they have already reduced the normal two weeks update time between two betas to one week. 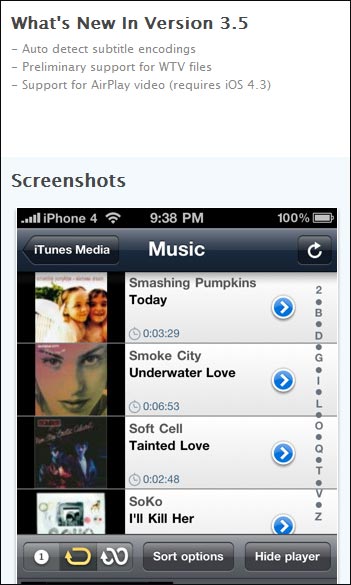 iDevices users are waiting for this release to try out Personal Hostpot and other features which will be introduced in iOS 4.3.

Moreover those iPhone users who are having locked devices on baseband 03.10.01, 02.10.04 and  05.15.04 and want to get unlock for their devices are also waiting for this release because iPhone Dev Team has informed that next unlock will be released after iOS 4.3 is out.