Apart from general performance improvement and many bugs fixes, beta 2 release of iOS 5 also brings some new changes which were not included in previous beta release. Important ones include iCloud restore, WiFi Sync, and a new way of notification on lock screen, which is different from what was demonstrated at WWDC 2011.

Restoring Your iPhone from iCloud Backup:

Though Apple has confirmed it in the conference that iCloud Restore will be enabled in the final iOS 5 release but it was not turned on in beta 1 release, as far as I know. After upgrading to iOS 5 beta 2 you can restore all your settings and apps from iCloud without needing any cable connection and it takes only few minutes to complete. iPhone Download Blog has recorded a video for us showing how this process works.

Apple has also turned on WiFi synchronization in iOS 5 beta 2 for developers to test how this function works to sync your device with iTunes over your home internet connection and without attaching it with your PC. This new feature is so glorious! It works flawlessly and makes your environment cables free.

Follow the steps mentioned below to turn on WiFi Sync on your iOS 5 iPhone/iPad/iPod.

Step 4: In iTuens under Summary Tab of your device, check “Sync Over WiFi connection” and “Sync Your Device via the USB connection”.

Step 5: Unplug your device from PC but you will see your device is still attached with iTunes. Now drag and drop apps, games, books, songs into your device.

As you know Apple introduced a revamped system of notification and named it Notification Centre. You might have seen the demos of this Notification Center in the videos of WWDC 2011 conference or some where else on the internet. This new system brings android like notifications where you swipe your fingers from status bar to downward to bring up the notifications.

In iOS 5 beta 1 if your device was locked, notifications popped up in a list grouped by their applications just like Notification Center. But this is not the case in iOS 5 beta 2 where Apple has changed the way notifications appear on lock screen. In beta 2 the newest notification appears like a bubble and remains on your screen until the screen dims. 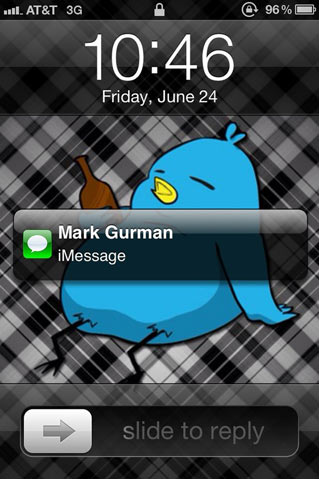 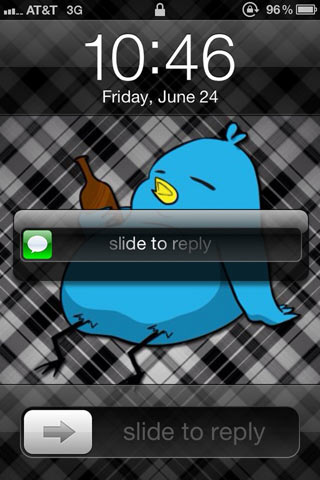 It is still unknown why Apple changed the notifications style which appear on lockscreen in beta 2 and we have no info yet which method will be included in the final and public build of iOS 5 which is coming later this year.