If you already dont know it by now, iOS 5 beta 3  was released less than 2 days ago and it seems that with every new beta Apple springs up a nice surprise with new tweaks and features in the iOS 5. The concept of mirroring the iPad screen on a HDTV was first introduced with the release of iOS 4.3.x but that unfortunately required a seperate cable and functionality was limited as many apps were not compatible for mirroring including Facetime. Fortunately iOS 5 beta 3 indicates that Apple has finally done away with the limitation. 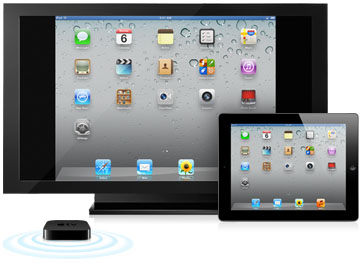 When the first betas for the iOS 5 came out, it was noted that although seperate cables were not required for mirroring the screen as that could be done via Airplay, Facetime did not work in mirror mode. Now all that is required is an Airplay compatible device such as the Apple TV 2G hooked up to a large screen and iOS 5 beta 3 installed on your iPhone and you are green to talk with your friends and family via Facetime taking advantage of a large screen.

Addition of this functionality greatly enhances the experience of Facetime video calling and will surely be a popular feature amongst the people if Apple decides to retain it when they officially release the iOS 5. Developers could also benefit from this and new Apps would surely surface that utilize this functionality. Meanwhile if you are itching to try this out for yourself you can check out our  jailbreak guide for iOS 5  but be advised that the beta is meant for those enrolled in the developers program and requires you to have a developers account.