As promised at the “Let’s Talk iPhone” event, Apple has seeded iOS 5 GM to developers just now. It is available for download after logging into Apple’s Developer Program. On the other hand the public build of iOS 5 is coming on October 12th.

Along with iOS 5 GM download, developers are also getting the following instructions which clearly state that iOS 5 compatible apps can now be submitted to App Store for review. Moreover iTunes 10.5 beta 7 or above must be installed on your PC to update the idevices to iOS 5 GM release. 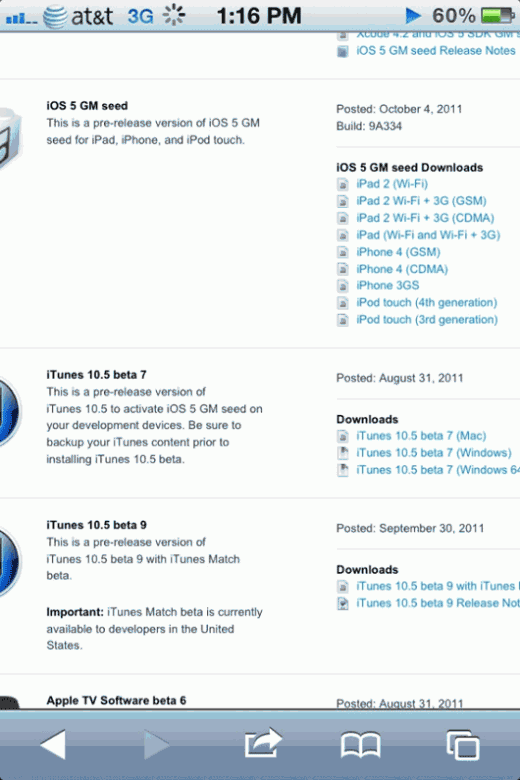 Here are the exact release notes:

If you are not a developer, just wait few more days to get the public build of iOS 5 on your device. Coming on October 12th.