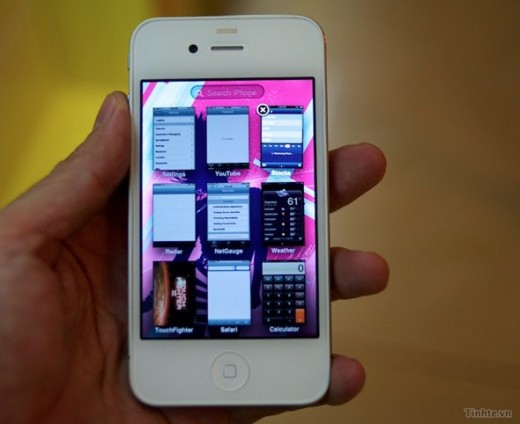 Folks at Tinhte claim to have an early version of iOS 5. By the looks of it, it seems as iOS 5 will loose the spotlight menu as seen in iPhone OS 3, and iOS 4. Furthermore, it will get a fully revamped expose-like multitasking switcher. If that wasn’t enough, it will even get Facebook integration.

Two videos showing of all features are embedded below. The first one showing the all new multitasking switcher and the new spotlight feature. Whereas, the second video is showing off the phone itself, and additional minor changes to the operating system.

Even though, there are jailbreak tweaks available to achieve this. Engadget has pointed out that Tinhte has a long history of genuine leaks. So, their claim of having iOS 5, could very well be true. [via Redmond Pie & 9to5Mac]