It has been learnt that Apple may drop support for iPhone 3GS when it releases iOS 5. The news comes from a tweet from a well known Russian analyst Eldar Murtazin, who has been credited with breaking many stories in the past. His claim is that iOS 5 is not going to support iPhone 3GS. 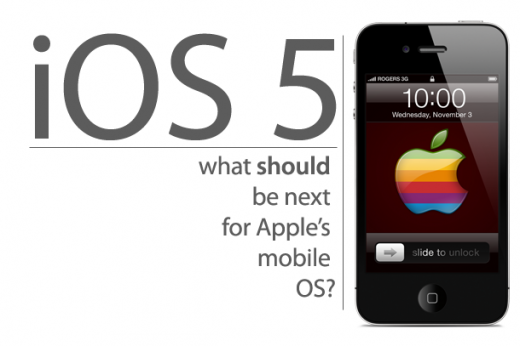 As far as iOS 5 is concerned, we have already heard rumors that it will come bearing over-the-air updates ability and deeply integrated voice recognition. Nothing so far has been confirmed about iOS 5, however Apple has promised a preview at WWDC 2011 next month.

This development however, does not come as a surprise. Recently, when Apple announced iOS 4.3 at the iPad 2 launch event, we saw that the new firmware dropped support for the iPod touch 2G as well as the iPhone 3G. So its only normal for Apple to discontinue firmware support for its outdated devices. However, the problem here is the fact that the iPhone 3GS isn’t outdated as much as those two devices are and many people still own this device. Ultimately, if Apple does drop support for the 3GS in iOS 5, it will be displeasing a lot of customers.

On the other hand, there have also been reports that each new firmware that Apple releases has to have support for three models of any particular device. So if iOS 5 were to debut with iPhone 5, it should be supporting the next-generation iPhone, iPhone 4 and the iPhone 3GS.

What is Apple planning to do with iOS 5? We’ve heard of deep social integration, revamped notification system and a lot more. Let’s wait and see what Apple has in store for us.