After few weeks Pod2g gives a ray of hope to his follower through his twitter account tweeting that he and his team has gathered all the exploits to jailbreak iOS 5.1 on iDevices and that he is now working on bypassing the ASLR at the bootup. 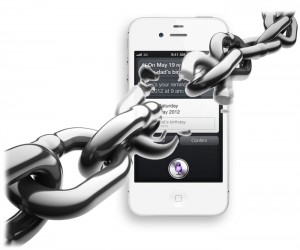 Well, this is really a good news for all those iOS users who have updated their devices to iOS 5.1 intentionally or accidentally but now are waiting for an untethered iOS 5.1 jailbreak. 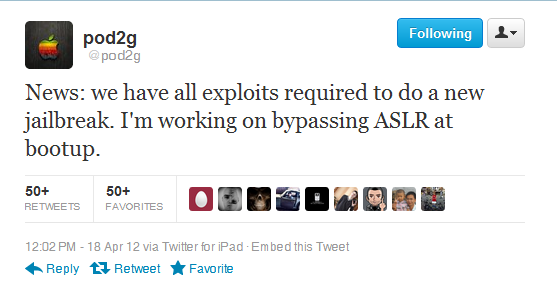 Pod2g didn’t said anything about the estimated time of arrival of this new jailbreak but it might take few more days to release. Comex, who has developed many jailbreaks in past, also thinks so that the jailbreak for iOS 5.1 might not be released soon because bypassing the ASRL is not an easy task.

We all hope iPhone Dev Team provides new untethered jailbreak as soon as possible but we should never demand or force them to release the jailbreak early, after all they are doing all the stuff without any type of payment. The only thing they want is little donation which you can give by visiting their website.